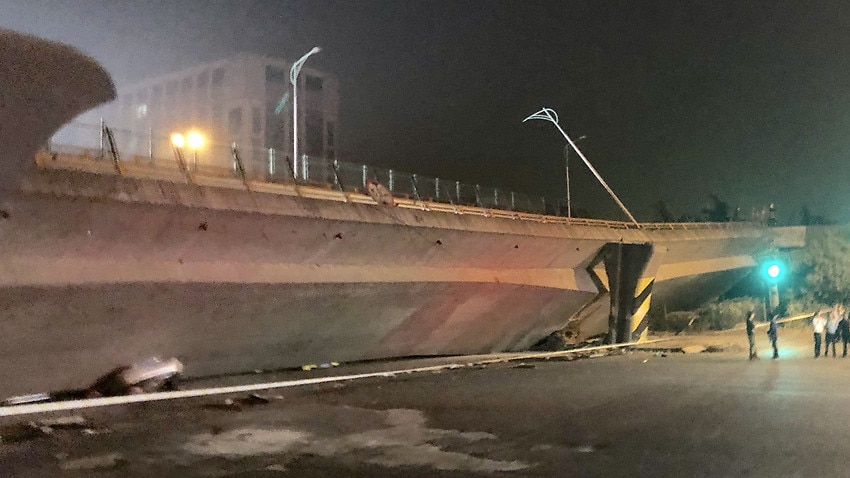 China bridge collapse: At least three killed after concrete crashes down on traffic

The bridge can be seen crashed down on to the road below, while cars and lorries were driving across it. Chinese newspaper People’s Daily shared details of the accident on its official social media account yesterday, revealing the bridge collapse happened at 6pm in Wuxi, a large coastal city in Jiangsu Province. The bridge fell on three cars below, killing three people in two of the vehicles, although the third vehicle was empty. The bridge is a part of the busy 312 National Expressway, and the section which gave way was in the direction of Shanghai, a two-hour car drive away. No reports of casualties have yet been released by the authorities, but the pictures show some vehicles travelling underneath the bridge being damaged by the rubble. Three cars and two trucks fell from the bridge as it collapsed. Source