FSSP RAD TRAD Backyard: 2 White Nationalists Stockpiled Guns And Far-Right Propaganda In New Jersey Near Our Lady Of Fatima Chapel. Are They Alone?

We all know that FSSP parishioners like to make weapons and like to stockpile weapons, and their FSSP priests encourage the making of weapons and the stockpiling of weapons - its manly thing to do...you know...

In their FSSP backyard two white Nationalists were caught with a stockpile of weapons: 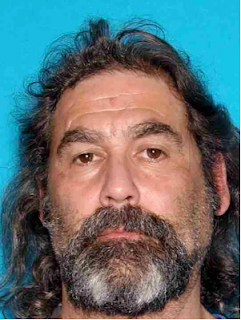 Police found a weapons cache of 17 guns, a grenade launcher, and white supremacist propaganda — including a document called the "N****r Owner’s Manual" — in the home of a suspected drug trafficker. Joseph Rubino, 57, of Lafayette Township, New Jersey, got into a car accident July 24. Law enforcement officers spotted firearms and ammunition when they were pulling Rubino out of his vehicle to give him medical attention. After searching his car and home, police found six semiautomatic weapons; a stash of shotguns, rifles, and handguns; and a grenade launcher, according to a criminal complaint filed in New Jersey federal court. Next to the guns, they discovered 3 kilograms of marijuana, 200 cannabis vape cartridges, and 70 grams of methamphetamine. They also found a box of white supremacist paraphernalia, including clothing and bumper stickers with the Nazi "SS" bolts symbol and an instruction manual for owning a slave. Authorities noted the neo-Nazi symbols are "sometimes used by outlaw motorcycle gang members." On Aug. 9, Rubino was charged with federal drug and weapons charges. Authorities said the weapons were related to the drugs, and there are no charges against him related to any threat of mass violence. Source 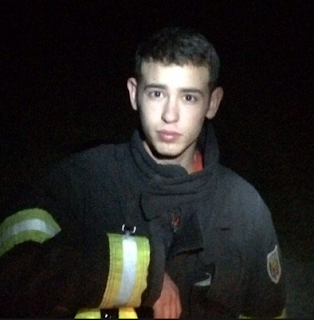 FRANKLIN, N.J. (CBSNewYork) — A New Jersey emergency medical technician is under arrest, accused of stockpiling assault rifles, handguns and semi-automatic weapons inside his home.Authorities say 25-year-old Michael V. Zaremski, of Green, made the weapons himself.Zaresmki faces more than 35 charges after police seized an arsenal of weapons from his home on Old Pond Lane. “It’s really shocking, I guess,” neighbor Kyle Youst said. Youst says he never saw any sign that Zaremski, who worked as an EMT with Hackettstown EMS, was manufacturing weapons. Det. Nevin Mattessich says the investigation started after a complaint of domestic violence from someone outside the family. “Posted some insensitive items, kind of anti-Semitic, so we started looking into that. That lead into us conducting some search warrants into his vehicle, his phone and his residence,” he said. It wasn’t ‪until Friday that they made the discovery. “That’s when we came across several high-powered weapons, assault rifles, 17 magazines completely loaded with 30-plus rounds of ammunition in them,” Mattessich said. Weapons that he says Zaremski was making. “He put several pieces together to make these high-powered weapons,” Mattessich said. Mattessich says when Zaremski came to the police station to speak with detectives he was actually carrying a loaded handgun inside of his EMT jacket. Source

2 Men Stockpiled Guns and Far-Right Propaganda in New Jersey. Are They Alone?

Zaremski was an emergency medical technician who frequented white supremacist forums online and had a trove of neo-Nazi literature. He was caught only because he sent a photo of his ex-girlfriend wearing parts of a Nazi uniform to her employer, officials said. The police later discovered that he had made videos set in New Jersey that mimicked, shot-by-shot, the first minutes of the live-streamed massacre of Muslims by a right-wing terrorist in Christchurch, New Zealand. He had also stockpiled automatic weapons, each with the same markings on the gun magazines as those of the Christchurch shooter, according to sources familiar with the investigation. Indeed, Zaremski was so obsessed with the mass shooting in New Zealand that he made his former girlfriend watch the video of the shooting repeatedly, investigators said. He also affixed a “Right Wing Death Squad” patch to his EMT jacket. Law enforcement officials discovered material on his computer that suggested he was curious about committing a mass shooting at a hospital. The way Zaremski became radicalized has become the new normal, law enforcement officials and experts on hate groups said. More and more alienated young people are adopting extreme ideologies in online forums and chat rooms, rather than joining traditional groups like the Ku Klux Klan. “The online world is just as important to us as looking at real world activities,” said Heidi Beirich, the director of the Southern Poverty Law Center’s intelligence project, which tracks hate groups. “There’s essentially no distinction. And rooting people out from an online perspective is a very difficult thing for law enforcement, because you don’t have a group to infiltrate.” .........

Unlike Zaremski, Joseph Rubino, the 57-year-old man arrested after he crashed his van on a country road, appeared to have been on the radar of federal law enforcement for some time before he was taken into custody in August, one law enforcement official said. A lapsed member of a motorcycle gang, Rubino was believed to be selling homemade semi-automatic guns and handing out far-right propaganda at gun shows in the region, officials said. Still, Rubino was never arrested by federal agents. Instead, he was picked up by the state police, who arrived at the scene of the crash in August and spotted banned firearms in the back seat of the wrecked van, according to court documents. A subsequent search of Rubino’s home turned up a grenade launcher, 17 semi-automatic weapons and racist and anti-Semitic materials. Rubino was charged in federal court with possessing illegal weapons. Had he not wrecked his car, Mueller said, Rubino might still be frequenting gun shows. “If you look at how we were able to arrest Zaremski and Rubino, they were both by happenstance,” said Mueller. “It’s not like we had this massive yearlong investigation and these were the two that we found.” Source 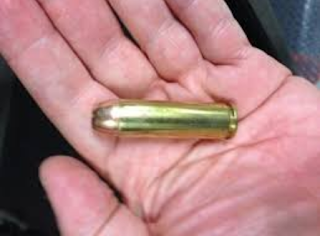 About carrying a handgun while saying Mass… I am neutral on that point. It is wrong for a priest or bishop to say Mass with his wallet in his back pocket? Money can be misused, after all. Can he have his smart phone in his pocket? A pocket knife on his key ring? You can do bad things with smart phones or knives or keys. Fr. John Zuhlsdorf  Supporter of the FSSP