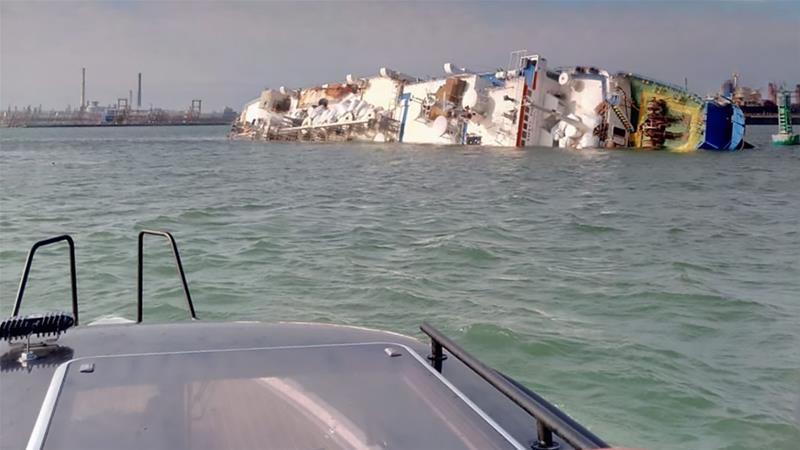 More than 14,000 sheep drown after ship capsizes off Romania

Nearly 14,600 sheep have died in the Black Sea off the coast of Romania after a cargo ship capsized shortly after leaving the country's Midia port. Rescue workers managed to save only 33 sheep since the Queen Hind overturned for yet unknown reasons on Sunday.The crew of 20 Syrians and one Lebanese were rescued, according to Ana-Maria Stoica, a spokeswoman for the rescue services. Rescuers supported by the military, police and divers tried on Sunday to right the Palau-flagged ship and pull it to the port, she said. According to Romania's Digi24 online newspaper, the losses were estimated at three million Romanian lei (nearly $700,000). Romania's main livestock breeder and exporter association, ACEBOP, called for an urgent investigation. "Our association is shocked by the disaster," Mary Pana, ACEBOP president, said in a statement. "If we cannot protect livestock during long-distance transports, we should outright ban them." Source