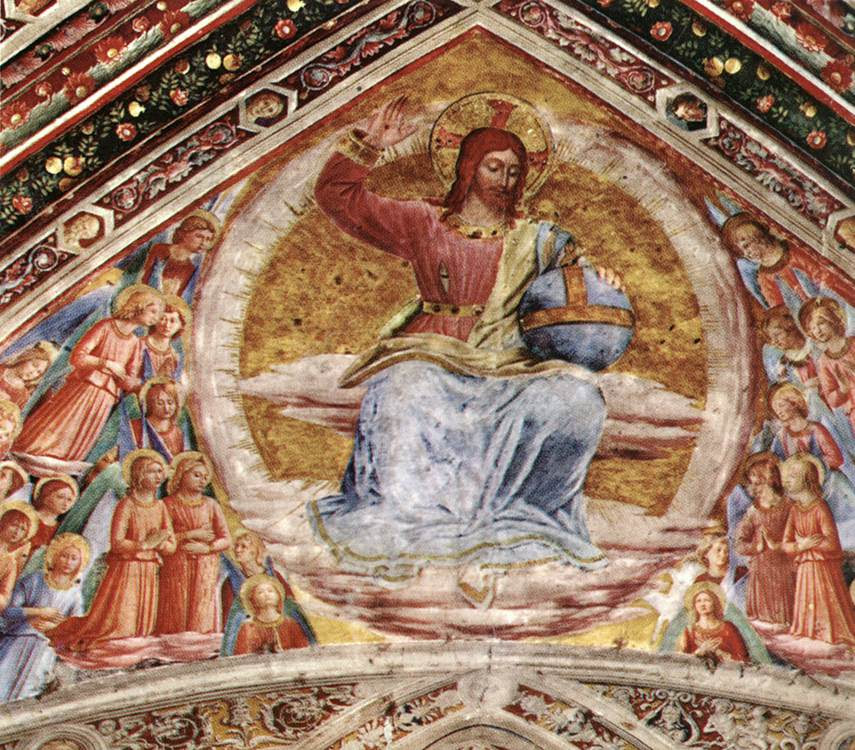 The Prophet David sayeth, Our Lord looked down from heaven upon the children of men, to see if there were any one understanding and seeking God: Al declined away, and are become unprofitable; there is not that doth good, no not one.

Since therefore there is not one that doth good,and consequently all are great debtors to God,as this bad servant was: why is there here proposed in this Parable only one called to accompt, as if there were but one bad?

It is for two reasons.

The one is this: One is called to accompt for an example to all others, that as he is called to an accompt, so shall they,for if they judge not themselves here in this life,they shall be judged in the next, if they make not their accompt in this life, they shall in the next, for it is ordained sayth S. Paul, that every man shall die, and immediately after death, judgement: & though we see not men called to judgment, as we see them die, yet judgment is as certain as death, and is one of the articles of the Apostles Creed.

The other reason is, that though men are apt to make light of those sins that are common and general, as if that were a plea of excuse, or defense, in so much that if they be rebuked for such a sin, their answer is ready, others do it as well as they; yet every one shall be punished as severely as if there were no more but he and peradventure more then if his sin were not so common.

The more common it is, the more need have we to abstain from it, to help reform others by our example, unless we would bring it to this pass, that the Prophet David speaketh of before, that we would all decline away from God, and not one to do good.

S. Peter was of another mind, & of the mind that every good servant of God should be, when he said to Christ, though all should forsake thee yet I will not, though out of frailty he fell from his good purpose.

The more we see a man wounded or hurt, the more we are moved, to help him, and not to wound him more, if we have any humanity in us, especially if he be our Father: the more God is as it were wounded, and hurt by the sins of others, he being our Master and Father; the more should we be moved, and as it were set on fire with zeal, to rebuke & repress it in others, and not to fall upon him, and wound him ourselves also.

In the day of judgment it will not be said unto us, because you sinned a sin which commonly others did, therefore you are so much the more to be excused;but because, when you saw others commonly to offend me, dishonor me, and forsake me,you did not stick tome so much the more, as you ought to have done, but did offend me, dishonor  me, and forsake me as fast as they.

I being your Master, and Father: therefore I now being of a Master and Father,the party offended, your accuser & judge,from whom there is no appeal, do pronounce that your sin is so much the greater,and your punishment shall be proportionable unto it.

The end why our heavenly Master propounded this fearful parable, was, that we should conceive a fear of Gods judgment, and out of that fear, a sorrow for our sins past, and a firm purpose to sin no more.

Which fear if a man hath it will arm him exceedingly from committing sin again,& therefore it followeth in the text aforesaid, immediately after these words (he that loveth God, will pray for his sins past, after he hath been at the Sacrament of penance, and prayeth for them, it will be a great reason to have, because,as I said before,when we commit a mortal sin we are sure we incur damnation, but when we have been at the Sacrament of penance, we are not so sure we came so worthily unto it as to have remission thereof, though we may hope well, as also because the Scripture counselled us in plain terms not to be secure of our sins forgiven.

Poison doth not kill till it come to the heart,and therefore those living creatures that have small veins & strait, are more hardly poison, then those that have wide and large ones, because it is longer a coming to the heart: This  holy fear maketh the veins of our souls strait, and narrow, & doth not admit the poison of sin to come so soon unto our hearts, by full consent, but doth stick and strain at the very motions and temptations thereof, which holy fear, is the end and scope of this parable, as I said before: And indeed who can be void of fear for sins past, S.Peter saying,the just shall scarce be saved?