What is the source of the Roman Empire? Opinion 2: The Roman Empire was established by God through the Roman people Did the Romans transfer the Empire to the pope? Chapter 30 ~ William Of Ockham 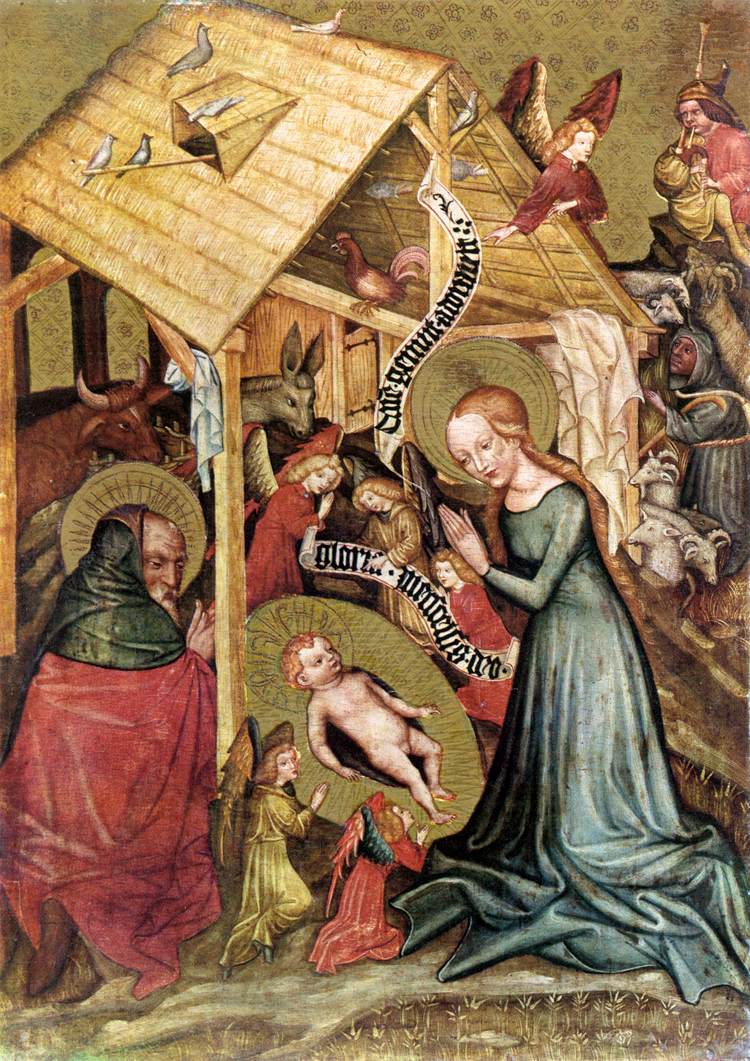 UNKNOWN MASTER, Bohemian
The Nativity
c. 1430
What is the source of the Roman Empire?

Opinion 2: The Roman Empire was established by God through the Roman people

Did the Romans transfer the Empire to the pope?

Student According to that opinion the Romans were able to transfer to the pope every right they had over the empire, and so the empire could be from the pope.

Master According to one opinion, the Romans not only could have transferred every right to the pope, but did in fact do so. And from then on the empire was from the pope, and from then on, therefore, the pope had both swords, not in the sense of execution but in the sense that he could commit the power of the material sword to whomever he wished. And in this way, according to that opinion, the apparent contrariety of many canons and very many glosses on the decrees and decretals is solved.

Student According to that opinion, neither in temporal nor in spiritual matters does the pope have plenitude of power to be able to do everything.

Student What right over the Roman empire, therefore, did the Romans transfer, or were they able to transfer, to the pope?

Master The answer is that they were able to confer on him the power of making arrangements for the promoting of the emperor, that is, that he himself elected the emperor or committed to others the power of electing him.

Student It is certain from what our fathers have said that the pope intervened in many matters that concerned the emperor and the empire. And according to that opinion the pope does not have any special power from God over the emperor and the empire more than he has over other kings and kingdoms, but has it only from the Romans. What right over the empire, therefore, did the Romans in fact transfer to the pope?

Master The reply is that no one can answer this, except someone who had carefully looked at the papal privileges, trustworthy registers, or authentic writings about this kind of transfer or about the right over the empire that was conferred on the pope, because the Romans were able to confer on the pope a more or less substantial right over the empire. They were also able to give this sort of right to the apostolic see or only to the person of the pope. They were also able to give it to the pope for one succession or for many.

Student Should trust be placed in a solitary assertion on this side by a pope saying that the whole right of the Romans over the empire has been transferred to him, even if he does not show this by authentic writings or by other proofs?

Student Can the pope lay claim to the right and power to make a disposition about the empire on the basis that he has been accustomed to interfere in the disposition of the empire, since custom acquires the force of law and custom gives jurisdiction and, consequently, a right and legitimate power?