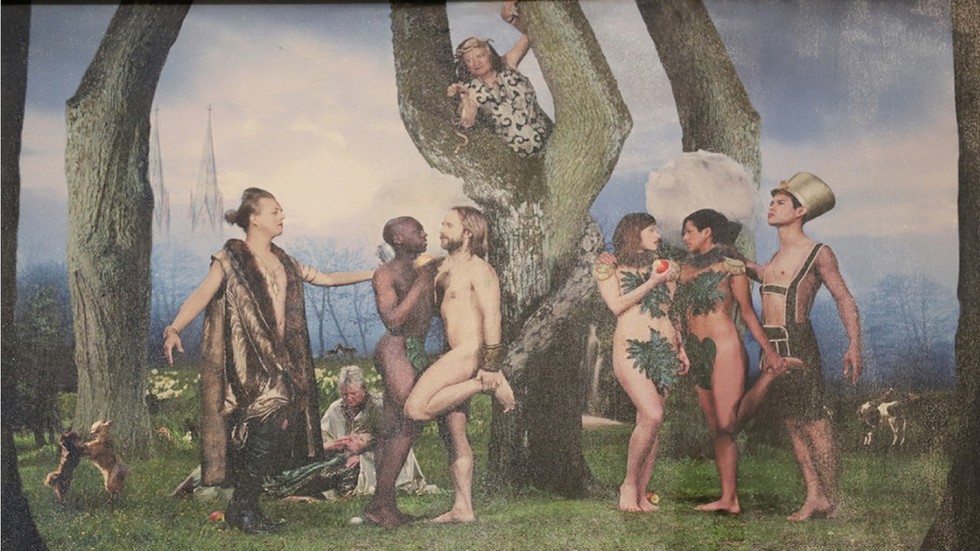 A church in Malmo has a new altarpiece meant to celebrate inclusivity by replacing Adam and Eve in paradise with gay couples in suggestive poses, while depicting the serpent tempting them as a transgender woman. The controversial work of art is not new. Photographer and artist Elisabeth Ohlson Wallin painted it in 2012 and tried to donate it to the Skara Cathedral just before the church was preparing to conduct the first same-sex wedding in its 1,000-year history. The openly lesbian artist, who has a history of blending religious imagery with pro-minority activism, said at the time that she wanted to test if the Church of Sweden was as gay-friendly as it claimed to be when it embraced same-sex marriage in 2009. The Skara Cathedral politely declined the gift, saying it was about political activism and not faith. But over seven years have passed, and now Wallin has got her way, even if it isn’t in her home city. St. Paul’s Church in Malmo accepted the painting called “Paradise” as its new altarpiece and unveiled it on Sunday, the first day of Advent. Helena Myrstener, the pastor, said that “history was written” in the hanging of the “LGBT altarpiece” as she tweeted a photo of the painting. Source
Email Post