I Pray For The Destruction Of The Airline Industry During Sunday Mass: Severe Flooding Forces Fort Lauderdale Airport To CLOSE 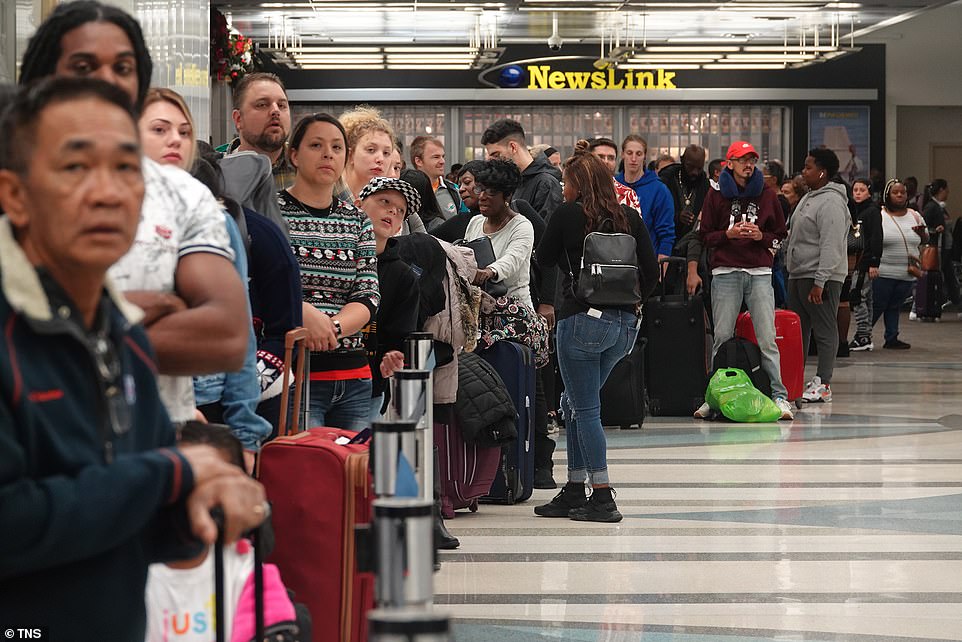 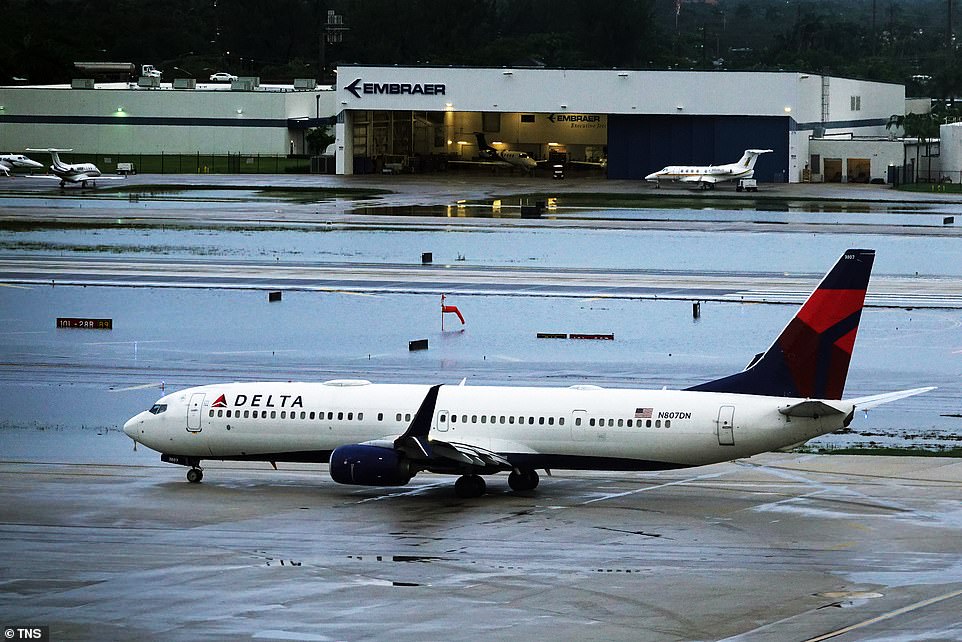 Overnight storms caused flooded roads and closed an airport in Florida on Monday as travelers battled to make their way home for the holiday season.    Fort Lauderdale-Hollywood Airport shut down its operations before 4am as heavy flooding grounded flights and made roads around the building impassable.    Arlene Statchell a spokesman with Fort Lauderdale-Hollywood Airport told WSVN: 'The airport was closed for a couple of hours due to the overnight rain that caused flooding, not only on the airport roadways, but on sections of the air fields.  'We are advising travelers to check with their airlines to make sure they have the latest flight information before heading out and, obviously, if you’re picking up or dropping off people, to just prepare and give yourself enough time to get here.'  On Monday afternoon, the airport had recorded 383 flight delays and eight cancellations. Long lines of travelers could be seen waiting as people struggled to get to the airport due to the inclement weather. 'I just got an email saying that it’s delayed until 6.45,' said one traveler.  'We left early enough in the day that I didn’t expect it at all,' another traveler told 7News.   Jonathan Libertoff, who was travelling to New York from the airport, told the outlet: 'The shuttle buses for the rental cars were also stuck in the floods so you can’t even get to the terminals.  'You gotta walk about half a mile to get to the terminals, but at least it’s not cold out like in New York.' Source