I Pray For The Destruction Of The Airline Industry During Sunday Mass: Trudeau's Plane Damaged, Now Backup Plane Grounded In London 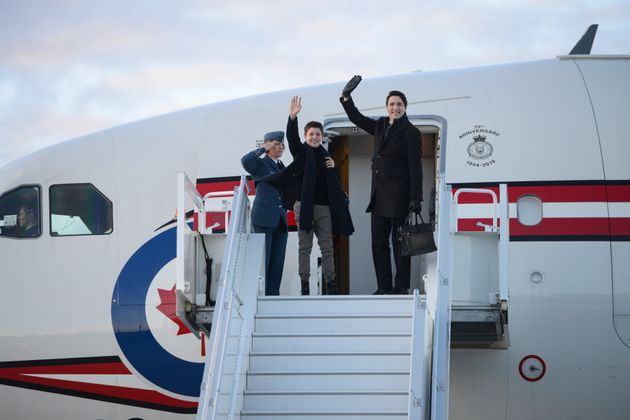 Pain with planes also dogged Trudeau during the election campaign. On the first day, the chartered Liberal plane was knocked out of service when the media bus scraped the underside of a wing

OTTAWA — Prime Minister Justin Trudeau’s bad luck with planes continues.  He was forced to use a back-up aircraft Monday to ferry him to London for a NATO summit because the usual prime ministerial jet was damaged in a hangar accident last month.  But after he got to London, the Royal Canadian Air Force discovered a problem with one of the engines on the backup plane during a post-flight inspection.  The RCAF says that plane, a CC-150 Polaris, is being repaired but is temporarily “unserviceable.”  So, the RCAF has commandeered another CC-150 Polaris — which was in Italy with Gov. Gen. Julie Payette, who has been on a European tour of her own — to take Trudeau, his entourage and accompanying media back to Ottawa.  Source