MEDITATION ON OUR LORD'S PASSION: Pilate Said Unto Them, Take Ye Him And Crucify Him: For I Find No Cause In Him 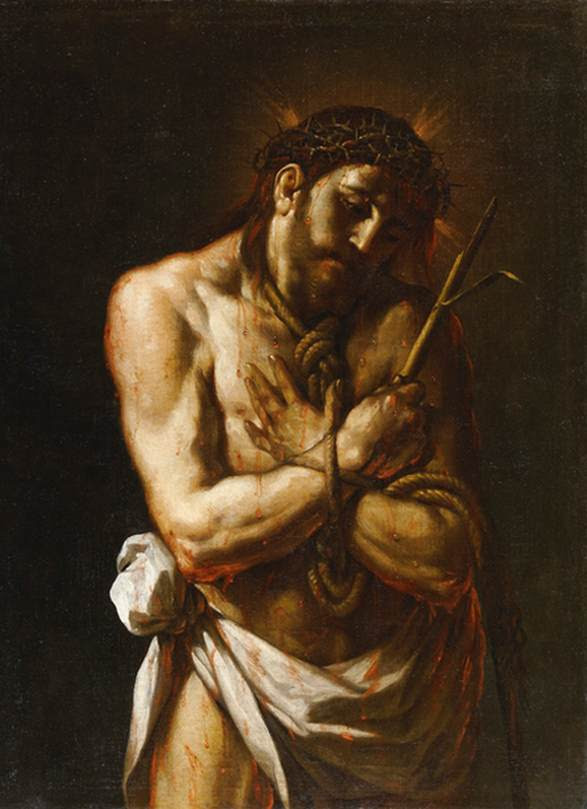 Pilate said unto them, take yes him and crucify him: for I find no cause in him.


Consider first that Pilate being moved with disdain, answered somewhat sharply unto the Jews. Admire thou thy own coldness, who art a Christian, & knowest the dignity of Christ, and the greatness of his pains, and doest confess, that thou wert the cause thereof, and yet art not moved, neither with commiseration towards Chriist, nor with disdain against thyself. Learn justly to be angry at them, which go about to incite thee, and others unto sin: that is to say, at the Devil, and his ministers. Say unto him, if thou wilt offend the goodness of God, I find no cause in him, but of love, reverence, and thanksgiving.

Consider 2. Though Pilate was loath tho pronounce the sentence of death against our Lord; yet he did not hinder his death, but would put it over to other men. Whom thou doest imitate, as often as thou leavest to the will of others that mischief, which thou thyself darest not commit.

Consider 3. That this wicked President, after all this grievous punishment, found no cause in him, either of death, or stripes. Do thou inquire the cause in the opened bowels of Christ, to wit, his burning love, which cut & brake asunder this sack of his body, & poured forth his blood so plentifully. What will the holy Angels do which were astonished in the nativity of this Lord, at the wonderful love which caused almighty God to take upon him a frail and infants body. How will they be amazed both at this love of God, which for man was content to be esteemed a worm, rather then a man, & to be the scorn of men, and the outcast of the people, & the scum and laughing stock of all men; & also at the raging malice of the Jews, who would never be satisfied with the pains and punishment of their Messias, which so many ages before was expected, & promised unto them; and likewise at the hardness of thine own heart, which is not soften and melted with this burning charity of thy Creator. Admire thou these things, and pray thy Lord to inflame thy heart with the love of him.