RE-POST From 2013 Just For LOL! Fr. Paul Kramer Guarantees That The Next Newly Elected Pontiff Is Going To Do The Consecration Of Russia! Stigmatist Antonio Ruffini Said So! 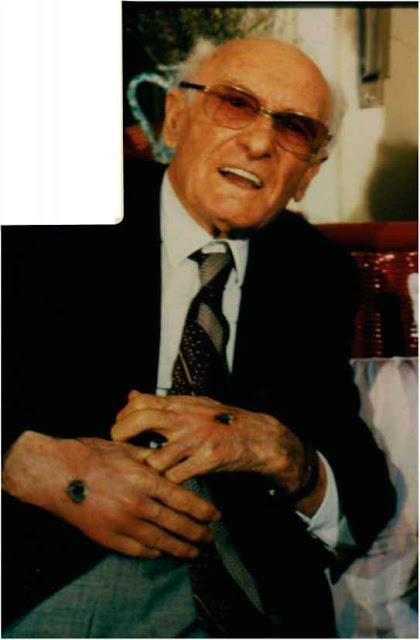 
Fr. Paul Kramer Guarantees That The Next Newly Elected Pontiff Is Going To Do The Consecration Of Russia! Stigmatist Antonio Ruffini Said So!

See the comments on the original post for laughs!

FC: So, whoever this hunted Pope is, Benedict or some other Pope, it will not be he who consecrates Russia, in your view?

Father Kramer: On this point I would refer to the testimony of the Roman stigmatist, Antonio Ruffini. Pope Pius XII authorized the blessing of a chapel on the spot where Ruffini received the stigmata on the Via Appia, and Father Tomaselli, the miracle worker, wrote a booklet about him — a short account of the life of Ruffini. I myself knew Ruffini for many years. In the early 1990s Ruffini was asked point blank in his home: “Is John Paul II the Pope who is going to do the Consecration of Russia?” He answered: “No, it’s not John Paul. It will not be his immediate successor either, but the one after that. He is the one who will consecrate Russia.” That is, Benedict’s successor, during this time of world war and persecution of the Church, will be the one to do the Consecration at long last, and then the restoration and the triumph of the Immaculate Heart will begin. Fatima Crusader #82

Father Kramer: 'Well, here we go beyond the firm evidence of approved apparitions and into the realm of speculation. Based on the reported prophecies of a German priest, a mystic, whose veracity is attested to by another German priest I regard as utterly trustworthy, we can surmise that the year 2008 will see the outbreak of war and 2011 the Consecration of Russia and the beginning of the period of peace spoken of by Our Lady of Fatima. The period of chastisement may continue past 2011, but by 2013 the chastisement will have ended and this may be the actual year of the Triumph of the Immaculate Heart' Fatima Crusader #82

It did not happen. Obviously you know this. (Why did I have to type it out?)

"Fr. Kramer believes it is most likely that before January 6, 2013 is past, the whole world will see and experience the outbreak of World War III, which will be worse than WWI and WWII combined." Fr Gruner Sunday May 26, 2012 Feast of St. Philip Neri (the clown saint)

If World War III is to occur in about eight months - why would you ask your donors for money?

I really do not understand how a reported spiritual man as Fr. Gruner is asking for money in May when he knows everything goes to Hell by January?

Does it make sense to you?

Not only was Fr. Gruner asking for money eight months before World War III was to start, he also traveled to the EU Parliament in France in October - just two months prior to the end of the world:

On Tuesday, October 23, Father Nicholas Gruner and Christopher Ferrara, accompanied by participants of the Rosary Procession and a statue of the Virgin Mary, were welcomed into the European Union Parliament at Strasbourg, France to explain the motion put forward for the Consecration of Russia and subsequent world peace.

I'm beginning to think Fr. Gruner really does not believe a word falling from the lips of Fr. Kramer.

Here is a photo of Fr. Gruner & Christoper Ferrara in front of EU Parliament and in just two months the world ends!


They all look happy and contented. Mind you World War III is about to start! What courage!

Now if that is not enough travelling to the EU Parliament during a time of impending doom, Fr Gruner makes an alliance with the Italian Lega Nord - or Northern League. The Lega Nord is the group that invited Fr. Gruner to speak at the EU.

The Lega Nord for those that don't know are Italian nationalists who like nobody but their own - they hate anyone that is not an Italian. They are bigots.

Why does Fr. Gruner form an alliance with ethno-nationalist just two months before WWIII?

Fr. Gruner must believe that the future favours ethno-nationalism and that the Triumph of the Immaculate Heart Of Mary comes about with the help of these nationalists.

Ask yourself - if Gruner is wrong about WWIII could he be wrong about nationalism as well?

Now, when did the speculation start with Kramer naming this very next Pope as the one who does the Consecration Of Russia?

I think we can safely conclude that these prophecies may be fulfilled in this Pontificate of Benedict XVI. One reason why I believe this, is because I personally knew the Roman Stigmatist, Antonio Ruffini. I knew him for almost 20 years. He received the visible stigmata in 1955, and he was so highly esteemed by Pope Pius XII, that Pius XII authorized the construction of a chapel on the spot where Ruffini had received the stigmata.

I asked Ruffini point-blank, "What about the Consecration of Russia? Will it be Pope John Paul II who consecrates Russia?" And Ruffini answered, "No, it will not be John Paul II. It will not be the Pope immediately after him. But the one after that, he is the one who will consecrate Russia."

That leaves between John Paul II and his second successor, only one pontificate in-between. He may be the Pope of the Chastisement, the one that Pope Pius X saw in the vision. As Our Lady, in one of Her apparitions, said, "Rome will undergo a great revolution". That’s when there will be the slaughter, the massacre in the Vatican. And the Pope will flee Rome in disguise.  Fr. Kramer - The Ambassadors of Jesus and Mary Seminar in Glendale, California, September 24, 2004.

So according to Kramer it looks like the newly elected Pope will  consecrate Russia. Now, do we still have to go through WWIII before the consecration is done under this very next Pope? I guess we have to wait to see who is elected and wait and see what kind of spin Fr. Kramer puts on his "prophecy" 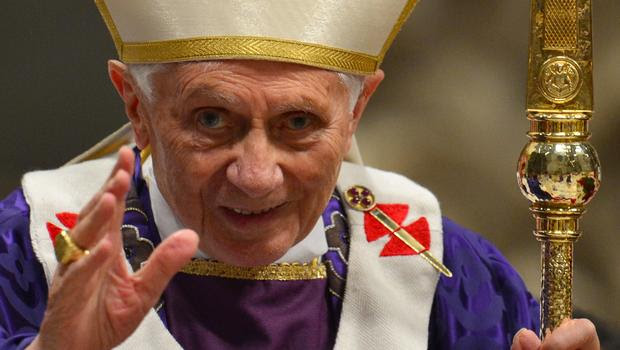 Pope Benedict XVI Celebrated His Final Public Mass As Pontiff
Ash Wednesday
2013
***** I was told to correct the date of death for the dead prophet by Mr. ASS CLOWN (see comments) - as you can see I took the time, money and energy to make a simple correction of the date of death and made it 1999 (seeing that my editor missed the error due to her rendition activities in Belize - she does the state sponsored abduction and extrajudicial transfer of a person from one country to another) But has Fr. Gruner & Kramer corrected any of their many mistakes calling for World War III etc? No!
Email Post