A gunman who opened fire at a packed church and killed two has been named as Keith Thomas Kinnunen. Kinnunen, 43, was himself shot dead by a retired FBI agent turned security guard at the West Freeway Church of Christ in White Settlement, Texas Sunday morning. Kinnunen has previous arrests for aggravated assault with a deadly weapon as well as theft of property, NBCDFW reported. The church’s service is live-streamed online every Sunday, with horrific video footage capturing the moment Kinnunen opened fire and killed two, before he himself was neutralized. Parishioners could be seen screaming with fear and hiding under pews in the moments after the shooting.His victims have since been named as church deacon Anton Wallace and Richard White. Kinnunen was also arrested on illegal weapons charges in New Jersey in 2016, when he described himself as ‘homeless,’ and claimed to be visiting the state to take photos of ‘interesting sights.’ West Freeway Church of Christ minister Britt Farmer spoke of his devastation at Sunday’s massacre, but said his armed security staff stopped the death toll from climbing far higher.  Source

The Texas gunman was a homeless drug addict with two ex-wives who chose to shoot up the church 'because he was very close to the Lord,' his sister said. Keith Thomas Kinnunen, 43, of River Oaks, had been denied money by the West Freeway Church of Christ after going there to receive food on multiple occasions before his deadly attack Sunday. Two parishioners were shot dead within seconds - Anton Wallace, 64, and Richard White, 67 - before Kinnunen was killed by the church's head of security, former FBI agent, Jack Wilson. Kinnunen's sister Amy said that he had been in and out of homes but that he remained deeply religious and 'that is why he chose the church.'Any problem that you had, he could give you a Bible scripture. He was very close to the Lord. I believe that is why he chose the church,' she told CNN. Source 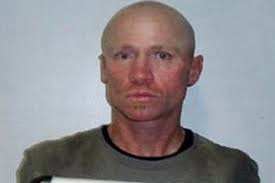