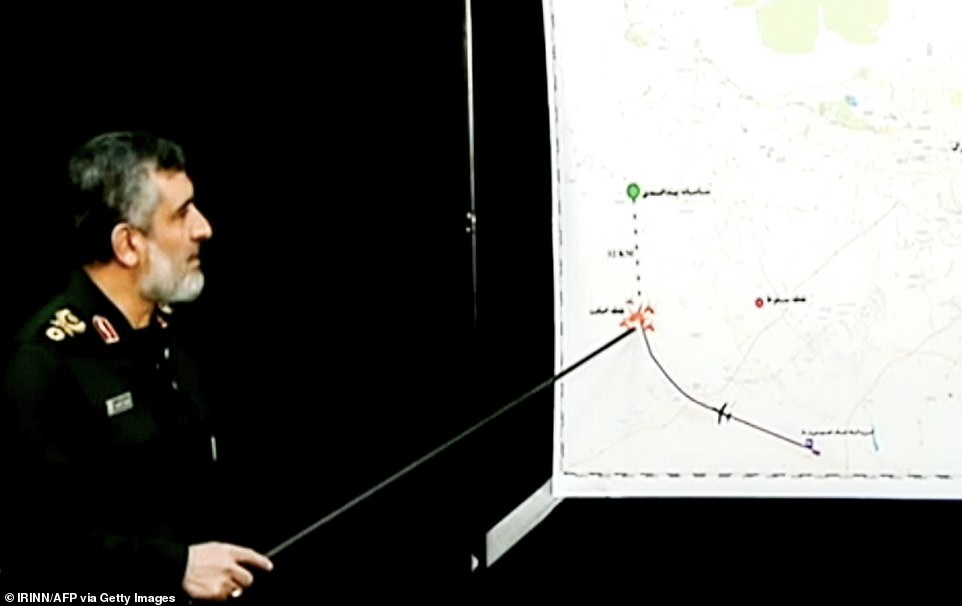 Iran ADMITS shooting down Ukrainian jetliner, saying gunner 'mistook plane for a CRUISE MISSILE and had ten seconds to make a decision when his radio failed'

The Iranian missile operator who shot down a Ukrainian passenger jet, killing 176, opened fire because his communications jammed and he thought he had only seconds to take out an incoming cruise missile, a Revolutionary Guards commander has said. Brigadier General Amirali Hajizadeh, the Guards' aerospace commander, said on Saturday the operator had mistaken the Boeing 737 for a U.S. cruise missile responding to Iranian ballistic missile attacks, and only had ten seconds to decide whether or not to open fire. 'I wish I had died, and I wouldn't have seen such an incident,' Hajizadeh said somberly at a press conference. He claimed that a 'request had been made to clear the sky from civil flights at that time, but it did not happen due to reservations.' For days, Iran vehemently denied that it was responsible for downing Flight 752 from Tehran to Kyiv on January 8, accusing the U.S. of spreading malicious propaganda and lies for suggesting such a scenario. Source