Kobe Bryant dies with four others in helicopter crash in Calabasas

Kobe Bryant, 41, the legendary basketball star who spent 20 years with the Los Angeles Lakers, was killed when the helicopter he was traveling in crashed and burst into flames Sunday morning amid foggy conditions in the hills above Calabasas, sources told the Los Angeles Times.  Bryant’s death stunned Los Angeles and the sports world, which mourned one of basketball’s greatest players. Sources said the helicopter took off from Orange County, where Bryant lived.  The crash occurred shortly before 10 a.m. near Las Virgenes Road, south of Agoura Road, according to a watch commander for the Los Angeles County Sheriff’s Department. Four others on board also died.  Bryant was in Philadelphia last night to watch LeBron James pass him for third on the NBA’s all-time scoring list.James set the record in the third quarter of the Lakers’ 108-91 loss to the 76ers, scoring 33,655 points in his career. Bryant, who retired in 2016 after spending his career with the Lakers, scored 33,643 points. Source

Kobe Bryant and his 13-year-old daughter Gianna were killed in a helicopter crash in Calabasas, California, on Sunday morning.     The 41-year-old former Los Angeles Lakers basketball star's death was first confirmed by TMZ.   The outlet reported that Bryant was traveling with four other people - including daughter 'Gi-Gi' - in his private Sikorsky S-76 helicopter when it crashed, killing everyone on board.   Officials with the Los Angeles County Sheriff's Department responded to reports of the crash near Las Virgenes Rd and Willow Glen St in Calabasas at around 10am after a fire broke out and a group of mountain bikers spotted the smoke.  The cause of the crash is under investigation. Witnesses reported hearing the helicopter's engine sputtering before it went down near the home of Kourtney Kardashian.  Source 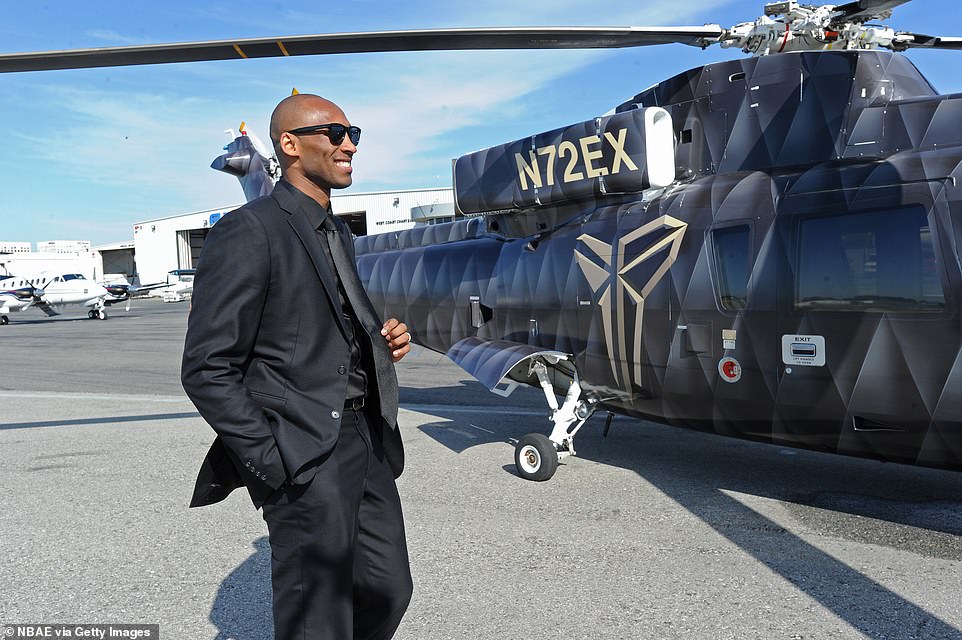