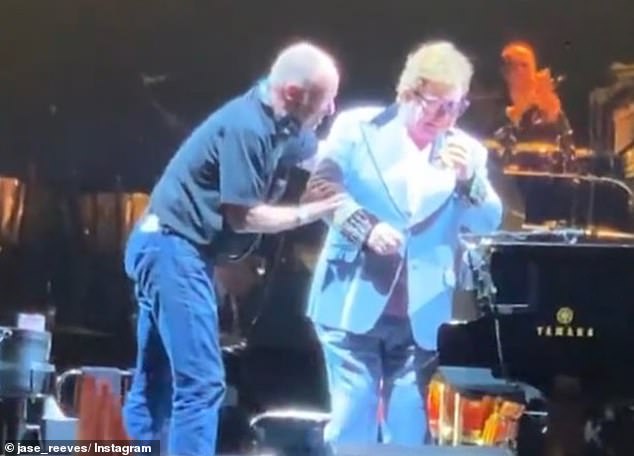 The first celebrity to die of the Coronavirus?

It's Tuesday 18 February 2020 in Auckland and his last tweets were Saturday. Sir Elton John has just been re-tweeting other tweets from fans on the 16th of February.


“Despite the best efforts of a performer who never wants to disappoint his fans, upon further consultation from doctors and specialists, it has this evening been decided that Sir Elton John's two remaining Mt Smart Stadium, Auckland, performances will be rescheduled to Friday 15th and Saturday 16th January 2021,”  Source

'I can't sing, I've got to go!' A tearful Sir Elton John abruptly ends his Auckland concert and is escorted off the stage by a medic after being diagnosed with 'walking pneumonia'

Sir Elton John ended his Auckland, New Zealand concert early on Sunday. Breaking down in tears, the 72-year-old told the crowd at Mount Smart Stadium, that he 'can't sing' and has 'got to go', before being escorted off stage by a medic. Early on in the show, the Tiny Dancer artist revealed he was diagnosed with 'walking pneumonia' - a bacterial virus that affects the upper and lower respiratory tract. As he prepared to sing the lyrics to his hit Daniel, an emotional Elton told the audience that he couldn't go on. 'I've just completely lost my voice. I can't sing. I've got to go,' he said, before being escorted off the stage by a medic. Earlier on in the show, Elton revealed to the crowd that he has been diagnosed with 'walking pneumonia' Source