I Pray For The Destruction Of The Airline Industry During Sunday Mass: Radar Maps Reveal How Fewer Planes Are Taking To The Air As Airlines Are Grounded After Coronavirus Travel Bans 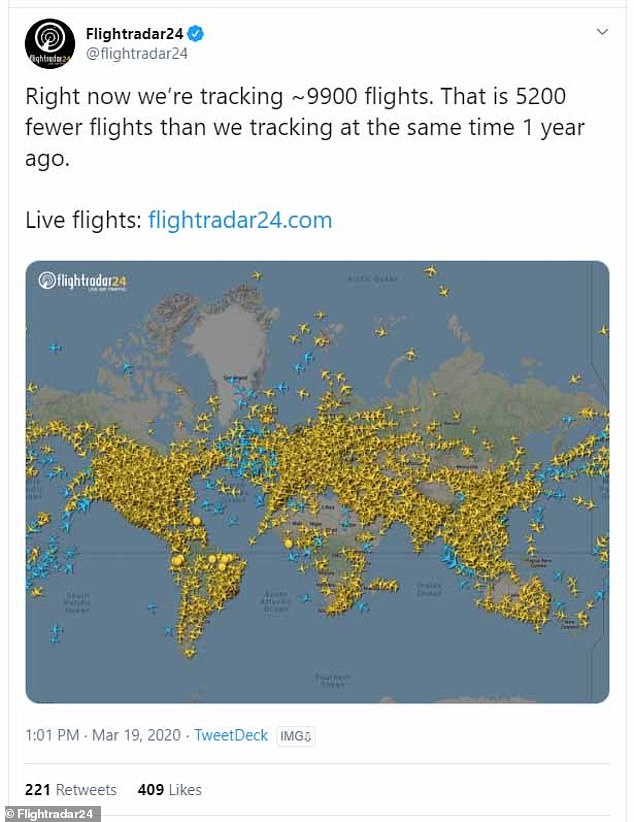 Radar pictures show skies across the world starting to empty as the number of travel bans increases.  Most recent figures from flightradar24 show that as of yesterday there were 132,135 flights worldwide.  On Monday March 16 there were 167,279 flights worldwide, a month before on Monday February 17, the number was 172,520.  The biggest impact can be seen in the skies over Italy. The drop in the number of flights is set to be a daily occurrence for some months to come. Source