PUT DOWN YOUR GUNS & PICK UP A CRUCIFIX FOR LENT! This Catholic Didn't Listen + Killed By Police At The Foot Of The Altar In Catholic Church In California 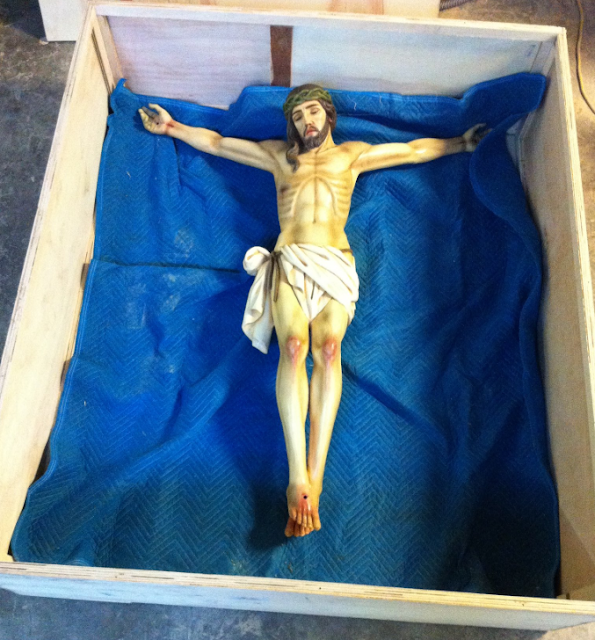 For, said he, they trust in their weapons, and in their boldness: but we trust in the Almighty Lord, who at a beck can utterly destroy both them that come against us, and the whole world. ii.machabees.vii.xviii.

Man killed by police during incident at Catholic church in California

SANTA ANA, California - Santa Ana police officers fatally shot a armed man Sunday afternoon inside a Catholic church, the Orange County Register reported. The shooting at the altar took place shortly after the officers were flagged down at 4:20 p.m. and told someone inside Immaculate Heart of Mary Church had a gun, police Cpl. Anthony Bertagna said. The officers found the man with a gun inside the church, and then the shooting took place shortly thereafter, Bertagna said. The man ran outside with the gun and collapsed on a nearby street, Bertagna said. He was pronounced dead at the scene. “We understand he was distraught over a relationship,” Bertagna told the Register. “We’re not sure if that’s why he was here.” Police Chief David Valentin said witnesses reported the man was distraught and possibly suicidal; and it didn’t appear he was planning a mass shooting. Source