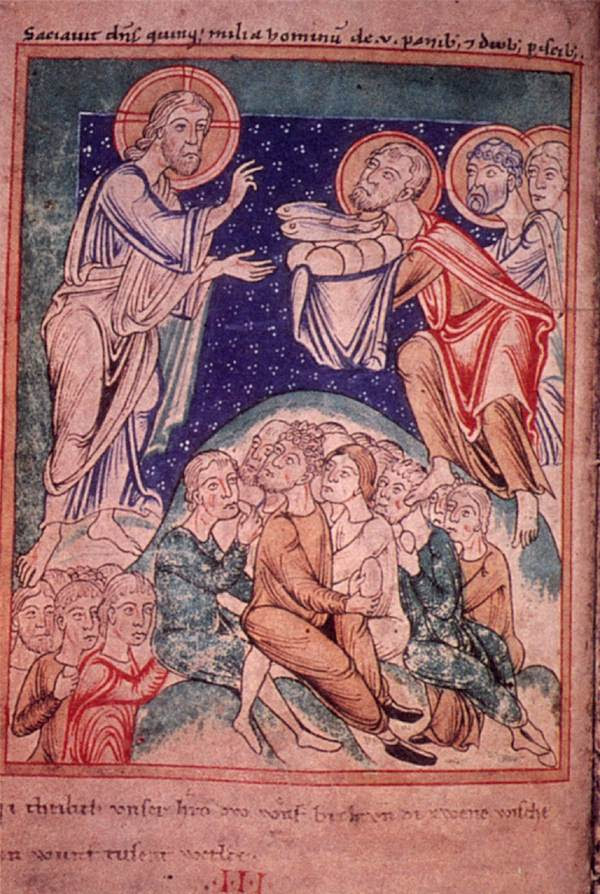 We see here, the people upon this miracle of multiplying the five loaves of bread and two fishes that it sustained five thousand people, took occasion (and very well they might) to magnify Christ, saying doubtless he was the Prophet that was to come, to wit: the promised Messias of God, and world have made him their king. The rest of the works that God doth daily, are in themselves as great as this, but that those are common and usual this rare and unusual, these we consider with great attention, those not: these we have as it were in our hands, and before our eyes; those we tread under our feet.

It is as great a miracle that God maketh the earth to produce food out of so little quantity of seed, to feed all the men in the world as to feed five thousand with five loaves and two fishes, but that the one is usual, the other not.

The one we mind, the other not.

Wherefore if we would stir up ourselves to the love of God, and admiration of his wisdom and goodness, and so come to magnify God as these people did: and make him our king and Lord: we need not new miracles, but to consider & mediate deeply and diligently of the old, which are indeed all the works of God.

And as we may find matter to love and magnify God in all his works by deep & diligeny meditation thereof as if they were miracles, and they are indeed miracles in themselves: So may we likewise consider the love of God towards us, in reserving some of his works to himself, which not only in themselves, but to us are miracles, by reason of the rarity & unusualness thereof, to stir us up so much the more to love, and magnify him for our devotion and merit, which otherwise he knoweth we would neglect, if they were usual and common.

And thus we may take occasion by all the works of God, whether they be miracles, or no miracles, to burst forth into these thankful speeches and aspirations of our soul, with the Church in her thanksgiving after meals: blessed be God in all his gifts, and holy in all his works; and with these people here to magnify Christ, and make him our king and Lord, and to serve him in holiness and justice all the days of our lives.

Of this profitable exercise, more in the next Meditation.