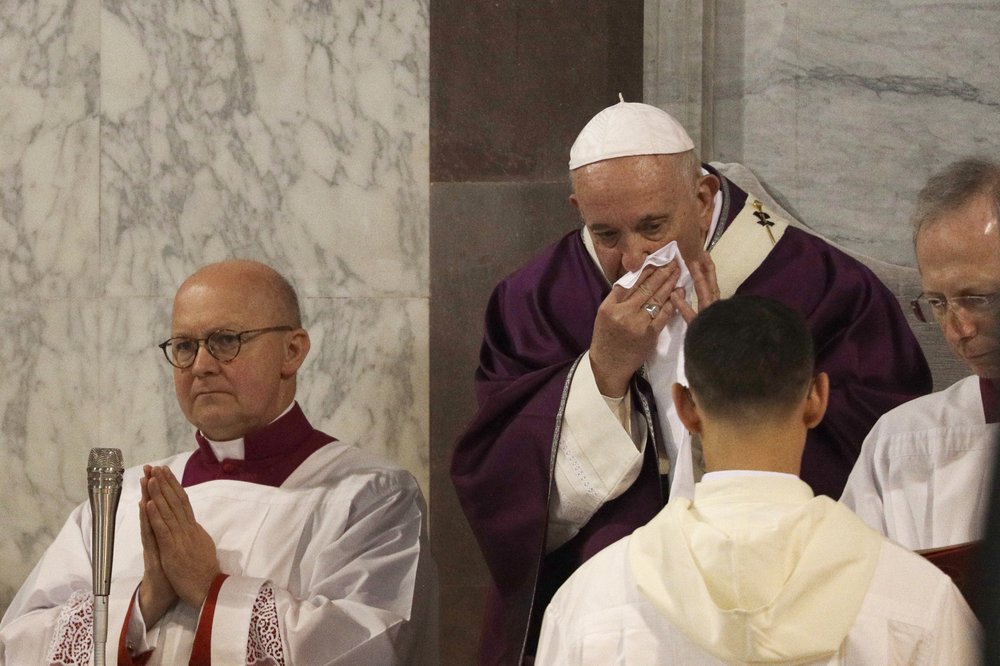 God will abandon mankind to itself and will send punishments which will follow one after the other for more than thirty-five years.  Our Lady of La Salette 19 Sept. 1846 (Published by Mélanie 1879)

POPE FRANCIS FIRST POPE TO DIE OF CORONAVIRUS? THE 35+ YEARS WORTH OF CHASTISEMENTS DO NOT START UNTIL THE TWO POPES ARE DEAD.....

Now for the official denial....

The Vatican has told the Global Times that "there is no evidence to diagnose the Pope with anything other than being slightly unwell," in response to reports that the Pope has contracted COVID-19.  Social media posts recently circulated that Pope Francis and two aides tested positive for COVID-19. The Pope canceled a third day of scheduled events on Saturday to recuperate from what the Vatican called "slight indisposition," according to media reports.   A spokesperson from the Holy See Press Office told the Global Times on Sunday in an email that "His [Pope Francis'] meetings proceeded regularly at Santa Marta even yesterday," refuting rumors that the Pope tested positive for COVID-19.   Bishop Marcelo Sánchez Sorondo, chancellor of the Pontifical Academies of Sciences and Social Sciences, told the Global Times on Saturday, "There is no coronavirus in the Vatican, yet!" But he said the Vatican is taking necessary measures, as some Vatican officials just returned from China in December, just as the epidemic was starting.  In January, the Pope praised what he called China's "great commitment" to contain the coronavirus outbreak, and later the Vatican's charity arm sent hundreds of thousands of medical masks and supplies to China as a goodwill gesture. Source