I Pray For The Destruction Of The Space Industry During Sunday Mass: SpaceX Rocket Launch Aborted + Could Have 'Triggered Lightning' Too Much "Electricity" In The Atmosphere 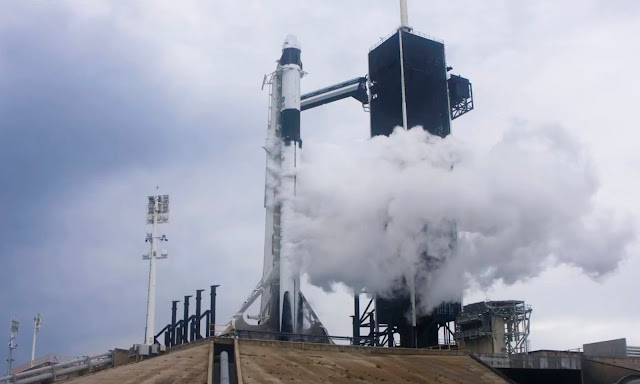 Our wrestling is not against flesh and blood; but against Principalities and Powers, against the rulers of the world of this darkness, against the spirits of wickedness in the high places. Ephesians 6:12
Prayers = Electricity + Lightning....
What will happen today on the vigil of Pentecost?

NASA has said the SpaceX launch that was scheduled for last night in Florida could have triggered a dangerous lightning strike had it gone ahead. Looming rain and thunderstorms meant that the first launch of astronauts from US soil in nine years had to be aborted less than 17 minutes before lift-off. NASA astronauts Robert Behnken and Douglas Hurley were sitting within the Crew Dragon capsule aboard the Falcon 9 rocket, both built by billionaire Elon Musk's firm. As part of the 'Demo-2' mission, the pair are due to dock with the International Space Station (ISS) after travelling for 19 hours and remain there for up to four months. Source