Terror Attacks: Vehicle Ramming Attacks At Outdoor Dining Spots In Chicago And Across The Nation... 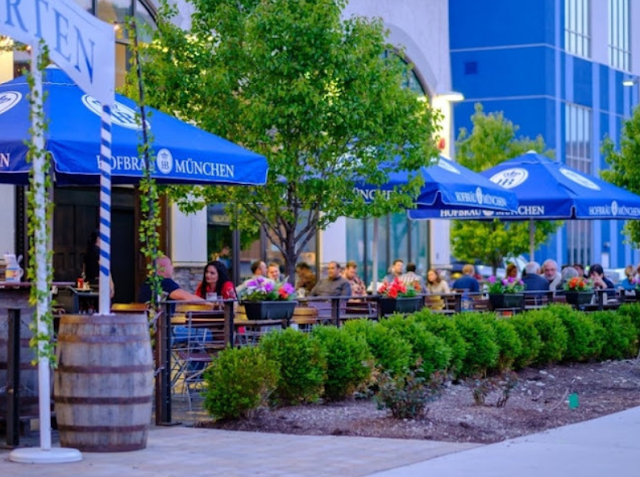 Al fresco dining is becoming the new normal for restaurants -- if weather permits.

States like Illinois, Pennslyvania, Maryland and New Jersey, among others, are gearing up for outdoor dining to resume Friday and in June as an alternative to indoor seating with summer soon approaching. And it could be a slow start to recovering lost revenue from coronavirus shutdowns.

Chicago released guidelines earlier this week suggesting that restaurants could eventually reopen indoor dining rooms if they are retrofitted with removable doors, windows or panels to convert into open-air spaces, Eater Chicago reported.

The guidelines say: "dining areas considered outdoors include rooftops, rooms with retractable roofs and indoor spaces where 50 percent or more of the wall can be removed via the opening of windows, doors, or panels provided that dining tables are within 8 feet from such openings."  Source

Chicago Mayor Lori Lightfoot announced six streets in different neighborhoods throughout the city that will be shut down to allow restaurants to set up tables for expanded outdoor dining.

The six streets included in the upcoming pilot program are: 75th Street from Calumet Avenue to Indiana Avenue; Broadway from Belmont Avenue to Diversey Parkway; 26th Street from Central Park to Harding Avenue; Rush Street from Oak Street to Cedar Street; Taylor Street from Loomis Street to Ashland Avenue; and Randolph Street west from I-90-94 to no farther than Elizabeth Street.

It was unclear when the program would start. Restaurants in groups of three or more, chambers of commerce and business associations can begin applying for expanded outdoor dining on Monday, the mayor’s office said.

Lightfoot also said the 9 p.m. liquor sale curfew she imposed during the coronavirus pandemic will stay in place after Wednesday for package liquor stores, but not for restaurants that will be reopening with liquor licenses.  Source