CHOP "Leader" River Cries Like A Little Bitch When Arrested.....CRY ME A RIVER 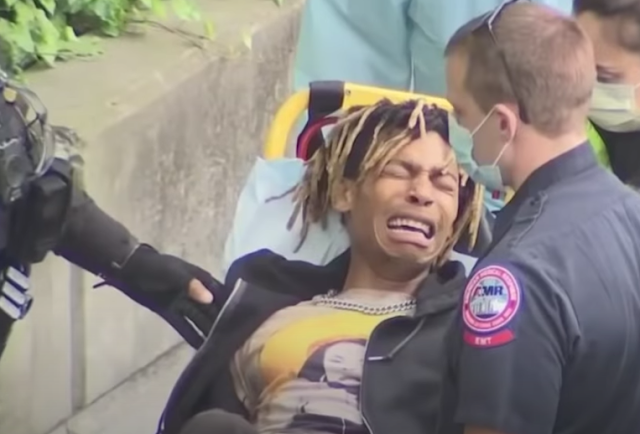 SEATTLE — Seattle police on Thursday arrested a prominent leader of CHOP, the protest zone they cleared Wednesday. Multiple sources identified the man arrested after a brief chase from Capitol Hill to I-5 as a protest leader known as River. He was among the CHOP leaders who met with Mayor Jenny Durkan last week. Late Thursday, a Seattle Police Department spokesperson wrote to KIRO 7 that officers arrested a 21-year-old man for possession of stolen property and eluding and booked him into the King County Jail. The spokesperson wrote that he believed the property in question was a stolen vehicle. Source