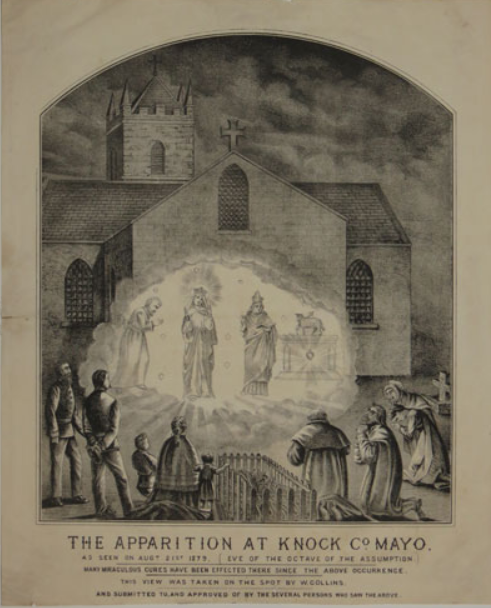 “I live at Knock, I remember the night of the 21st of August, my cousin Dominick Byrne, came to see us at about eight o’clock p.m., and called me to see the vision of the Blessed Virgin Mary and other saints at the south gable of the chapel.

I went with him. When I reached the south side of the chapel we saw the image of the Blessed Virgin Mary, having her hands uplifted, and her eyes turned up towards heaven, as if in prayer, and she was dressed in a white cloak. To her right I saw St. Joseph, and on her left St. John, just as the other persons had told me before I came.

I saw an altar there, and figures representing saints and angels traced or carved on the lower part of it. The night was dark and raining, and yet these images, in the dark night, appeared with bright lights as plain as under the noonday sun.

At the time it was pitch dark and raining heavenly, and yet there was not one drop of rain near the near the images.

There was a mitre on St. John’s head, nearly like that which a bishop wears. I was there for only one quarter of an hour. At the time I was there, five others persons were in it with me, looking at it with me, looking on at the Apparition. All the figures appeared clothed in white. The whiskers on St. Joseph were an iron grey. The Blessed Virgin had on a white cloak.

The reason I had for calling the third figure St. John is because some saw his statue or his likeness at Lecanvey parish chapel. Source

The Church will be in eclipse, the world will be in dismay Our Lady of La Salette 19 Sept. 1846 (Published by Mélanie 1879)
Email Post 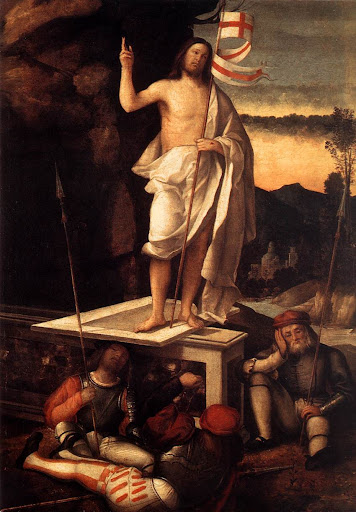