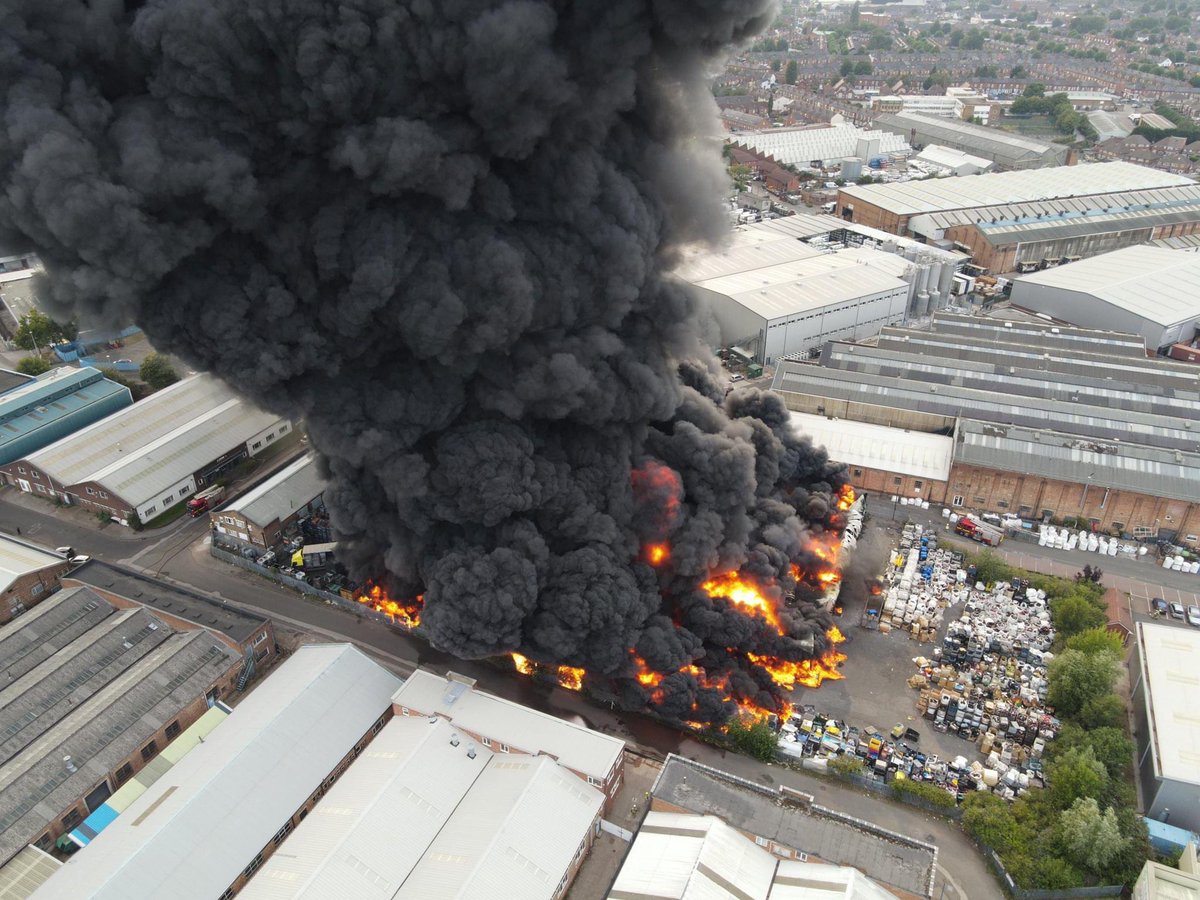 Several people took to social media to post footage showing thick grey clouds rising into the sky. The smoke could be seen from much of the city, including Birmingham Airport, the city centre, the Jewellery Quarter, Moseley, Digbeth, Edgbaston, Sparkbrook and several other areas. West Midlands Fire Service has rushed to the scene at Tyseley Industrial Unit. Around 50 firefighters were first to respond to the fire but there are now more than 100 tackling the blaze, West Midland Fire Service confirmed as it warned the incident will "last into the night". The fire service tweeted: "We now have more than 100 firefighters tackling a severe fire at a plastics factory on Tyseley Industrial Estate, Birmingham. "This incident will last into the night. "Please avoid the area and keep windows and doors closed if you live nearby." Source