A suspect was arrested after using a Molotov Cocktail to start a small brush fire.

On Sunday, September 13, 2020 at 4:35p.m., East Precinct officers were dispatched to assist Portland Fire and Rescue with a brush fire in the 9600 block of East Burnside Street. Officers saw that a section of grass along the I-205 freeway was burning. Firefighters extinguished the fire. No one was injured and no structures were damaged.

About an hour later, East officers were flagged down by a witness who pointed out the suspect in a nearby tent. Officers arrested the suspect, who confirmed he lit the fire with the device.

Officers seized a plastic bottle with a wick as evidence (photos).

Officers booked Domingo Lopez Jr., 45, into the Multnomah County Detention Center on charges of Reckless Burning and Disorderly Conduct in the Second Degree. Arson investigators are also doing follow-up to see if other charges are warranted. Source 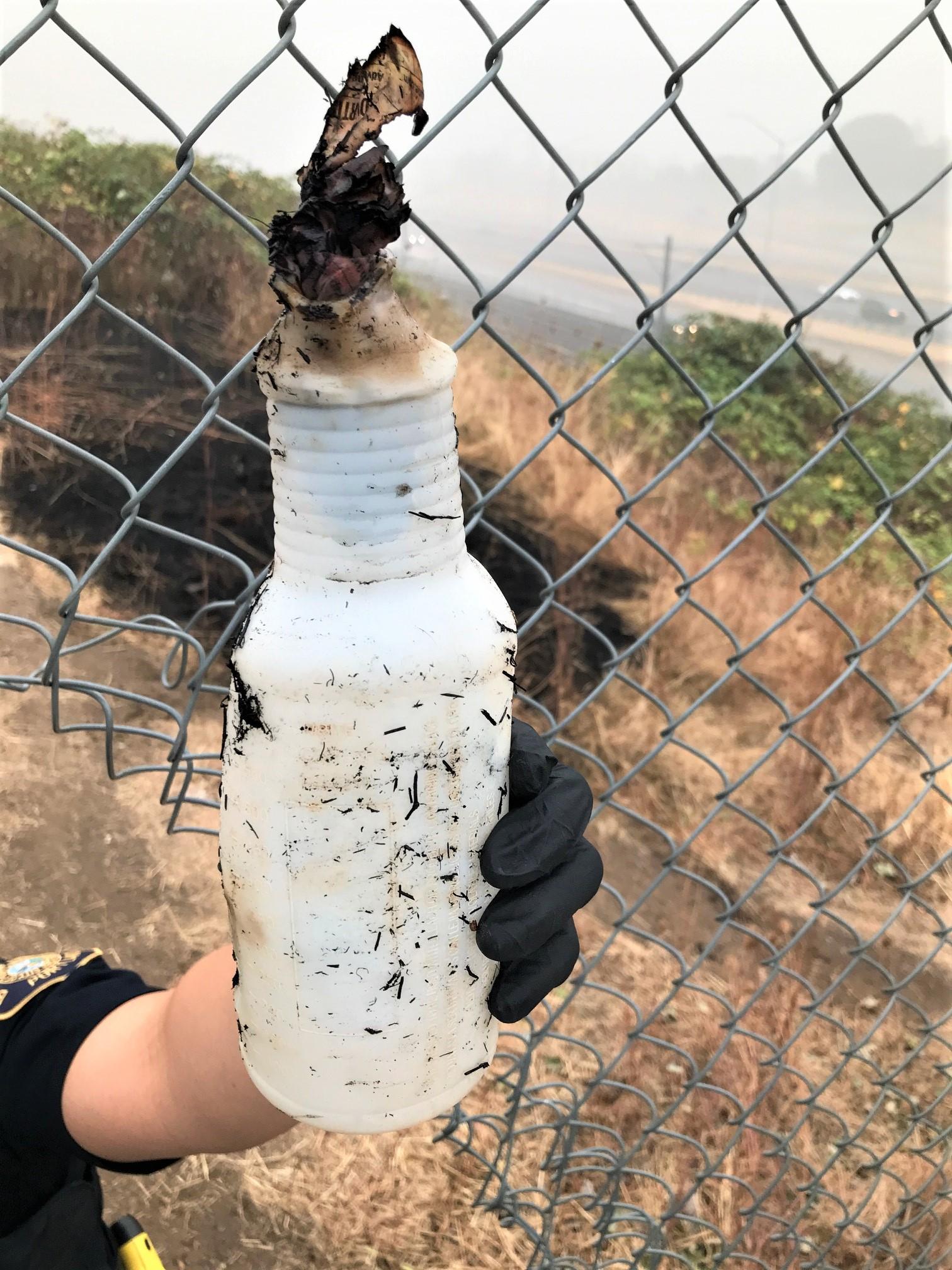