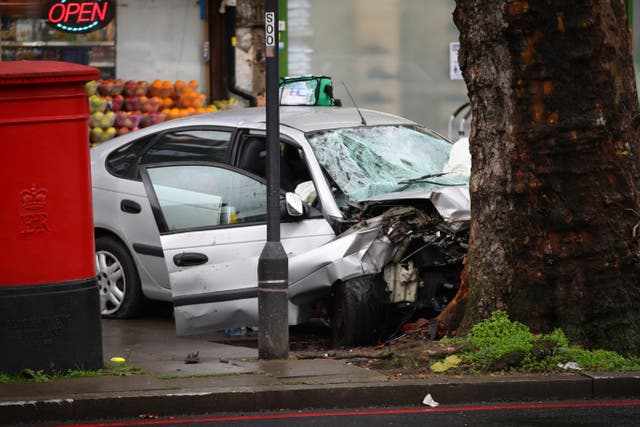 Of  course this is  just an accident...
Stamford Hill crash: Moment car ploughs into pedestrians during horror smash in north London
This shocking CCTV shows the moment a car ploughed into pedestrians during a “horrendous” crash that left one person fighting for their life and four others injured. Dramatic footage from the scene in Stamford Hill, north London, shows the silver car veering from the bus lane onto the pavement, where it strikes several pedestrians. The footage, which has been edited by the Standard to remove some of the most distressing content, shows one person being sent flying through the air before hitting a stationary car. The car is then seen crashing into a tree. Bystanders were shown on CCTV running to safety. The horror crash, described as a “horrendous accident”, happened on Stamford Hill road at around 9.30am on Friday. Source
Email Post