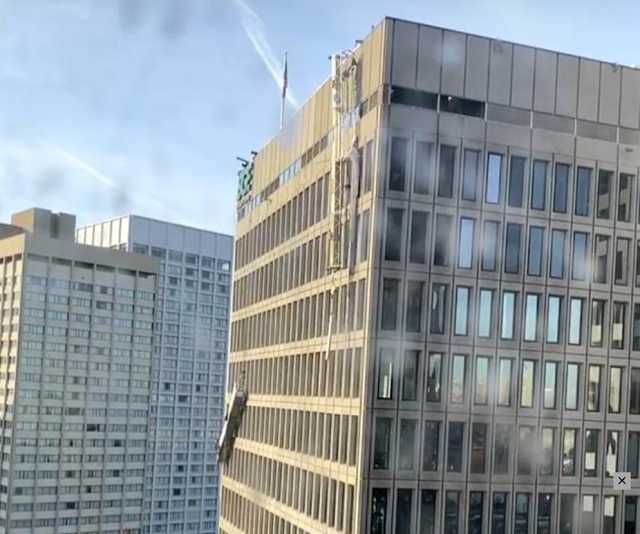 Its winter and this is the first explosion.....
Of course this explosion is not related to gas!
21 taken to hospitals after explosion; crews rescue 2 workers trapped on scaffolding
BALTIMORE — Firefighters rescued two workers who were trapped on a dangling scaffolding after an explosion at a downtown Baltimore building that seriously injured as many as 21 people. The Baltimore City Fire Department reported there was an explosion with a partial roof collapse at the Baltimore Gas and Electric building at West Fayette and Liberty streets. Fire officials said as 23 people were rescued and at least 21 people were taken to hospitals. Two people declined to be taken to hospitals. As of 11:45 a.m., fire officials said firefighters continued to search the building. An 11 News crew at the scene reported firefighters broke through windows and pulled the people on the scaffolding to safety. Baltimore Fire Chief Niles Ford said the workers on the scaffolding were still tethered to the wires on the side of the building upon firefighters' arrival. Rescuers brought the workers into the building through windows on the 10th and 11th floors. Ford said the first person was pulled through a window on the 10th floor and for the other, a firefighter had to climb up the scaffold and bring the worker through an 11th floor window. "The building has been affected from the 10th floor to the roof, and there were several contractors working in the building," Ford said. Source
Email Post