What If? Armed Insurrection On Inauguration By 20,000 National Guard? Didn't See That Coming........ 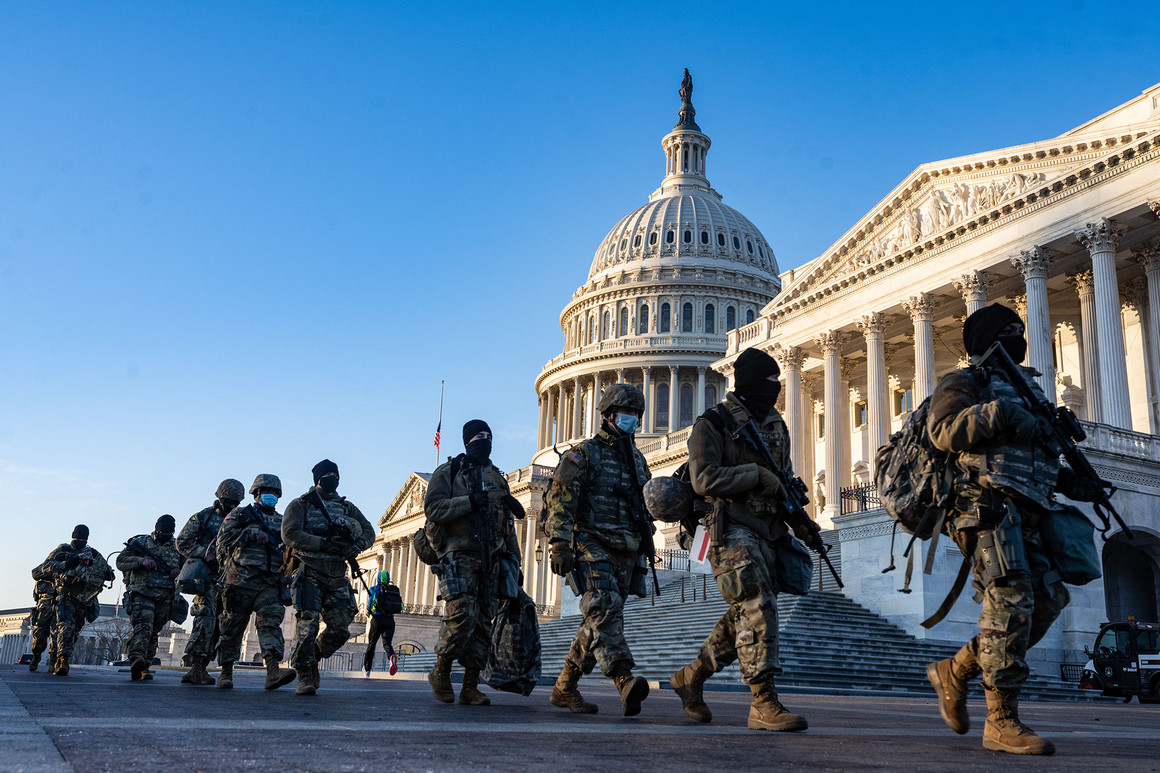 Troops Are In Place
"As Service Members, we must embody the values and ideals of the Nation, any act to disrupt the Constitutional process is not only against our traditions, values and oath; it is against the law." Pentagon Chiefs Memo To All Troops...
Yeah..something is up
Occupy DC..
Remember all those Democratic mayors who didn't want Federal troops occupying their cities because they feared that the troops would massacre  the civilians. Remember that?
And now the Democrats want Federal Troops ( National Guard, FBI, Homeland Security etc..) occupying DC.
And how many members of the National Guard who support Trump took the day off and were there in attendance at DC last Wednesday.
Are we to believe that those who belong to the National Guard are not MAGA?
How many members of the National Guard support:
1. ANTIFA
2. BLM
3. TRUMP
This time they have guns...
Don't need the Internet to communicate - they can do it the old fashion way - in person.
Blood bath....
More than 20,000 members of the National Guard could be stationed throughout Washington D.C. after federal officials authorized a 5,000 member increase, the city’s police chief said Wednesday. "I think you can expect to see somewhere upwards beyond 20,000 members of the National Guard that will be here in the footprint of the District of Columbia,” acting Metropolitan Police Chief Robert Contee said at a news conference.Contee cautioned that the final headcount is still under deliberation and will be determined in conjunction with the Secret Service. Still, the number is expected to be an order of magnitude beyond what was deployed prior to last week’s riots, which have led to dozens of arrests across the country after participants returned home. Law enforcement and defense officials have been scrambling to respond to the enhanced security concerns surrounding next week’s presidential inauguration in light of the Jan. 6 riot that took over the U.S. Capitol and left a number of people dead or injured. Source
Have all these men been vetted?
Who said that Armed Insurrection comes only by way of MAGA civilians?
I would forget about that ridiculous FBI warning that said all 50 states are in danger of being overthrown by gun totting citizens and instead focus on what may happen with 20,000 soldiers with guns occupying DC...
We have a whole week. And so do the soldiers who are occupying DC.
Suspicions will grow within the ranks and some may rat out others - causing conflict.
The blood bath may take place sooner than the Inauguration. 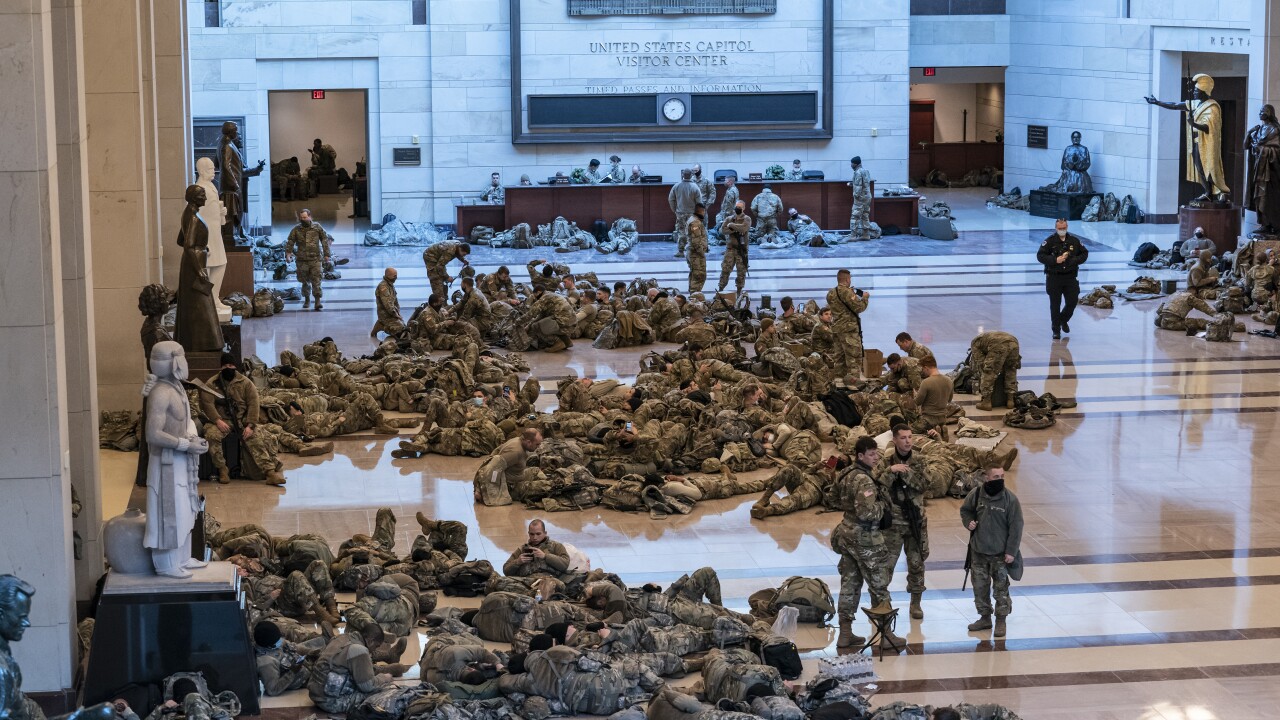