GOSPEL (Luke 18:31-43)
At that time, Jesus took unto him the twelve and said to them: "Behold, we go up to Jerusalem; and all things shall be accomplished which were written by the prophets concerning the Son of man. For he shall be delivered to the Gentiles and shall be mocked and scourged and spit upon. And after they have scourged him, they will put him to death. And the third day he shall rise again." And they understood none of these things, and this word was hid from them: and they understood not the things that were said. Now it came to pass, when he drew nigh to Jericho, that a certain blind man sat by the way side, begging. And when he heard the multitude passing by, he asked what this meant. And they told him that Jesus of Nazareth was passing by. And he cried out, saying: "Jesus, Son of David, have mercy on me." And they that went before rebuked him, that he should hold his peace: but he cried out much more: "Son of David, have mercy on me." And Jesus standing, commanded him to be brought unto him. And when he was come near, he asked him, Saying; "What wilt thou that I do to thee?" But he said: "Lord, that I may see." And Jesus said to him: "Receive thy sight: thy faith hath made thee whole." And immediately he saw and followed him, glorifying God. And all the people, when they saw it, gave praise to God.

And the third day I will rise again


If Christ had died altogether, and not risen again, his death had been in vain, as St Paul saith, & he had brought in doubt, not only his omnipotent power, as if he had not been able to have raised himself again, after he was dead, and consequently had not been God who must needs be omnipotent or almighty: but also his prudence and wisdom, that he would offer himself to die, unless he could raise himself again,for any cause whatsoever, though it were for the salvation of all mankind. For it against prudence for a man to give a better thing for a worse: wherefore it had been a great imprudence for Christ, to have lost himself forever, to gain all the souls in the world: who a he is God, is of infinite more price; yea and against charity likewise: for though a man in charity may lose his corporal life, for the salvation of all the souls in the world; for charity is first to ourselves, and of this may these words of Christ be rightly understood: what avail it a man to gain all the world, and lose his own soul? meaning, not only the wealth and commodities of the world. but the souls of all the world.

To avoid therefore all questions of impotency, imprudence and uncharitableness,and consequently of not being God, Christ to put his disciples out of all doubt, said; he would rise again three days after. And as he said, so it was done, for after his death he walked and conversed with his disciples forty days,he eat and drank with them, he showed them his wounds, he offered them to Saint Thomas to be felt and handled, manifested himself, as Saint Peter saith, though not to all the people,yet to certain witnesses ordained of God, who did eat and drink with him, after he was risen: whereof he himself was one: therefore he did truly and undoubtedly rise again, the third day, according to his prediction and promise aforesaid. The resurrection of Christ is the cause of our resurrection,and not only the exemplar cause, that is to say, by way of example that, as Christ rose again with his body, so shall we; but efficient cause thereof, in regard whereof; and of that everlasting most happy life, which ensueth thereof in the kingdom of heaven, our souls are so precious and so dear unto us, that we are not to lose them to gain all the wealth, pleasure, and glory of the world; nor all the souls in the world.

For as much therefore as, though we are not omnipotent to save our souls, as Christ was his; yet hath not God left us so impotent, but that with his grace, which is never wanting, we may save them if we will: what an unchartiable thing is it then to ourselves as if we did hate our souls, to cast them away with negligence and carelessness to search out the Catholic religion, out of which there is no salvation; or with obstinate perseverance in sin, despair of Gods mercy or the like; nay to putt souls in hazard with one mortal sin, though we hope to redeem it again by penance,seeing we may be prevented, and intercepted by death and diverse other means,as we have still most fearful examples before our eyes; and necessary it is, that many such examples should happen: but woe to them to whom they happen.

Oh the very memory of them is enough to make one, that hath any feeling, to tremble and quake. Moreover besides the uncharitableness of it: what a folly and madness is it for a man, not only to lose his soul,but to hazard it for all the world ,and much more one little vain transitory pleasure and delight; what man would be so foolish, as to hazard in play, or otherwise, a thousand to one, though there were a great probability to win, and though he had many a thousand more if he lost that?

Now then what man would be so foolish as to hazard his soul in one mortal sin, which is thousand times more then all the world,or all the souls in the world to him, where there is great fear he may lose it,and have no more but that? Oh how are they bewitched & out of their wit, that do thus hazard their souls: Oh how do the damned exclaim against themselves, and be fool themselves, for doing this, and coming there! How pitiful doeth Salomon express it in their persons, making a long complaint, and a sorrowful dittie,in which he brings them in to lament this their wretched folly, when they felt the harm thereof in hell: Oh how doeth St. Paul cry out to the Galatians aforesaid, least they should come there: O yes foolish Galatians saith he, who hath bewitched you to turn from that Gospel,which was first preached unto you, (out of which there is no salvation) unto another, which yet is not another gospel, but that some would trouble you, & turn the gospel, to wit to another sense. Nay were it but to loose the comfort & sweet consolation of a good conscience in this life, but a little time for any worldly pleasure or commodity what soever, as he doeth, that is in mortal sin: were a wonderful great folly. 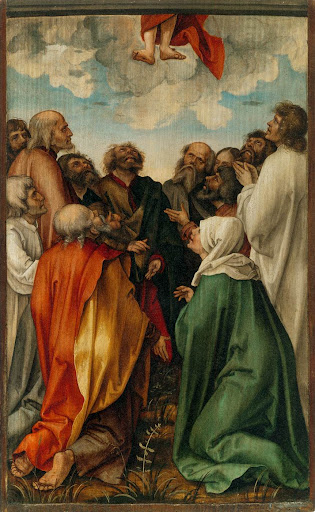