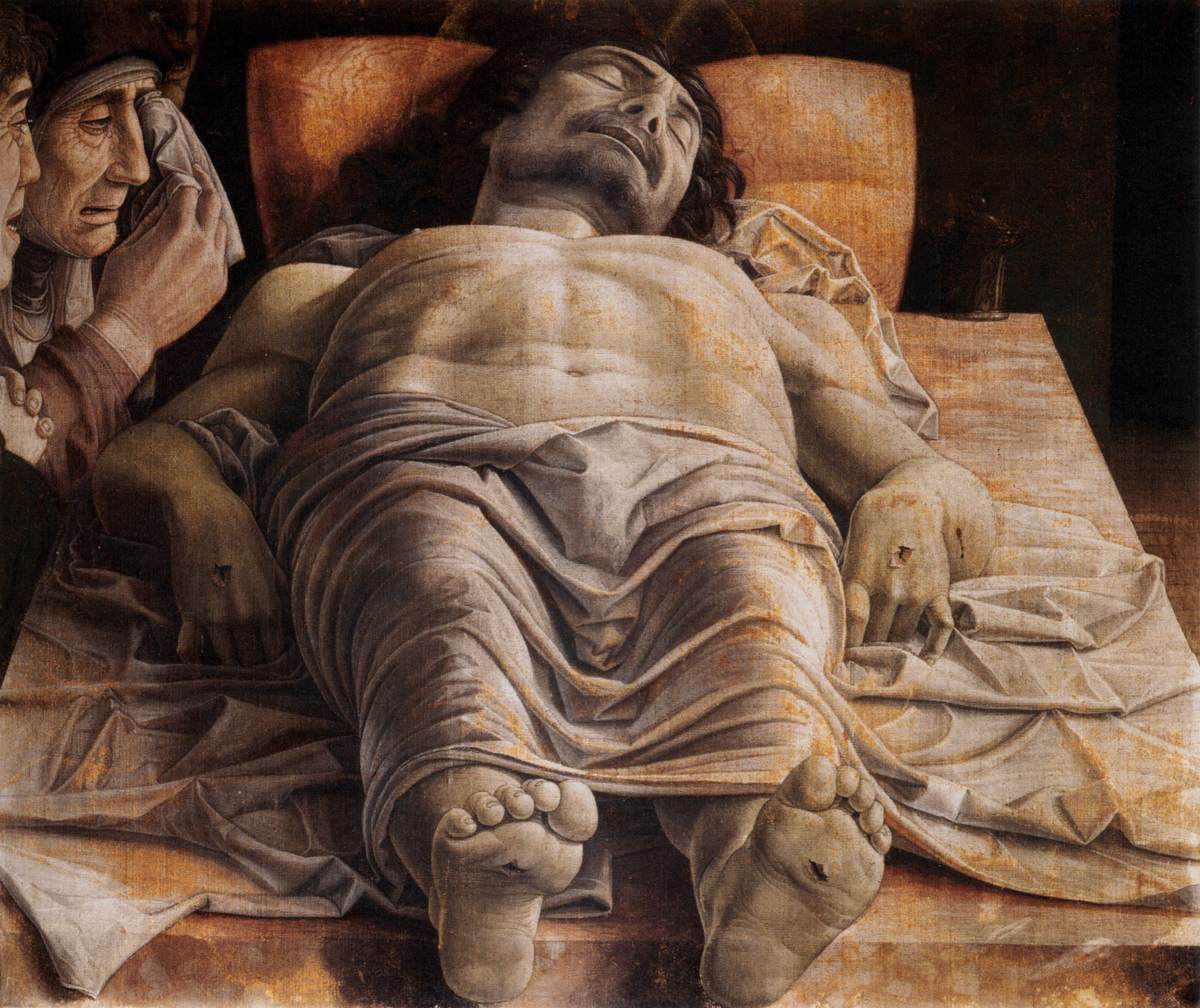 MANTEGNA, Andrea
The Lamentation over the Dead Christ
c. 1490
Behold thy loving Saviour most willingly putting forth his sacred right Foot to be nailed to the cross, for the love he bare unto thee, being most constant in his sufferings for thee, loving thee thus ardently to the very end; and desiring of thee no other recompense, then love for love, and constancy and perseverance in thy love; not to fly from him for difficulties, for to fly he followed thee, leaving the ninety nine to wit, those glorious troops which adored him in heaven, & coming down here upon earth, labored to seek thee, desiring to gain thee, though it were through miseries, reproaches, and death itself, which constant love of his, fastened him to this Cross, and pierced his sacred hands, heart, and feet.