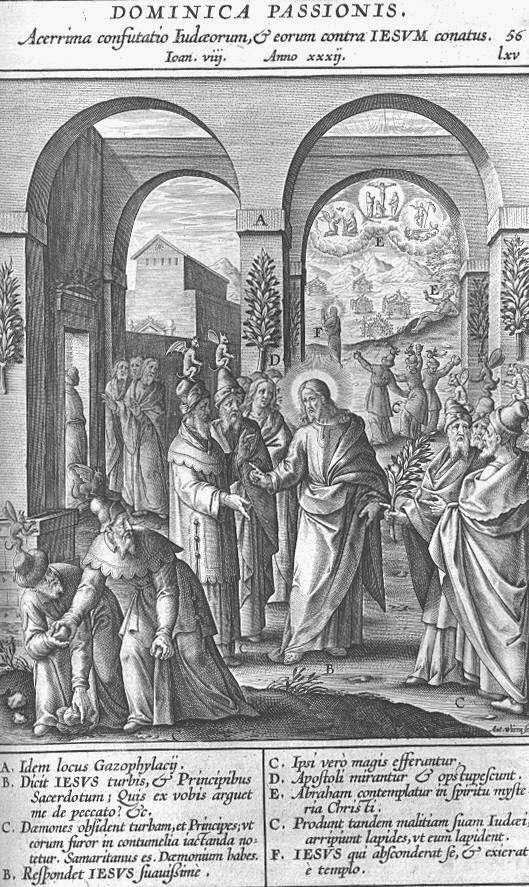 Christ expostulated with the Jews thus: If I tell you the truth, why do you not believe me?

As if he should say: If I tell you the truth, & confirm it with miracles, & do not contradict it in my life and conversation, why do you not believe me?

Sure there is some other cause then the incredibility of my doctrine. Sure that is but a false pretense: the matter is some secret sins, and worldly delights, you are so much addicted unto, that you're loth to leave them.

For as Christ said in the gospel, he that doth evil liveth not the light, that is to say, the light of the word of God preached unto him, least his works should reproved.

Come, saith the scripture in the person of wicked men. let us putt down the just man, because his works are contrary to our, and condemn us; & the like no doubt will they say and do, if they could, when the preacher reproveth their works in his sermon.

Theses the general reason why people ate not willing or forward, but rather fearful to hear sermons least they should in general terms at least be reprehended and inveighed against for their sins, they would not hear of they sins nor understand, as the Prophet David observeth, least they should do well, least they should leave their sins & evil customs, which they are unwilling to do, being holden fast as it were in fetter with the delight of their sins.

This was the true cause that the Jews, and especially the Scribes and Pharisees and chief of the priests,here and at other times, could not endure to hear the doctrine of Christ, especially if he touched them any thing plainly, as here and oftentimes else he did. The reason why we love not to hear the word of God, is , because it telleth us the truth: we love the light of truth, saieth St. Bernard, shinning upon us, but not rebuking us. We desire to be flattered, and humored, which the Prophet David callieth flat lying: O ye sons of men, how long will you love vanity, and seek a lie rather then truth: King Achab said of Micheas the Prophet, I hate him, because he Prophesied to me evil & not good, that is to say pleasing to my humor. .