Another Manner Of Hearing Mass, By Following Our Divine Saviour In His Interior Sufferings 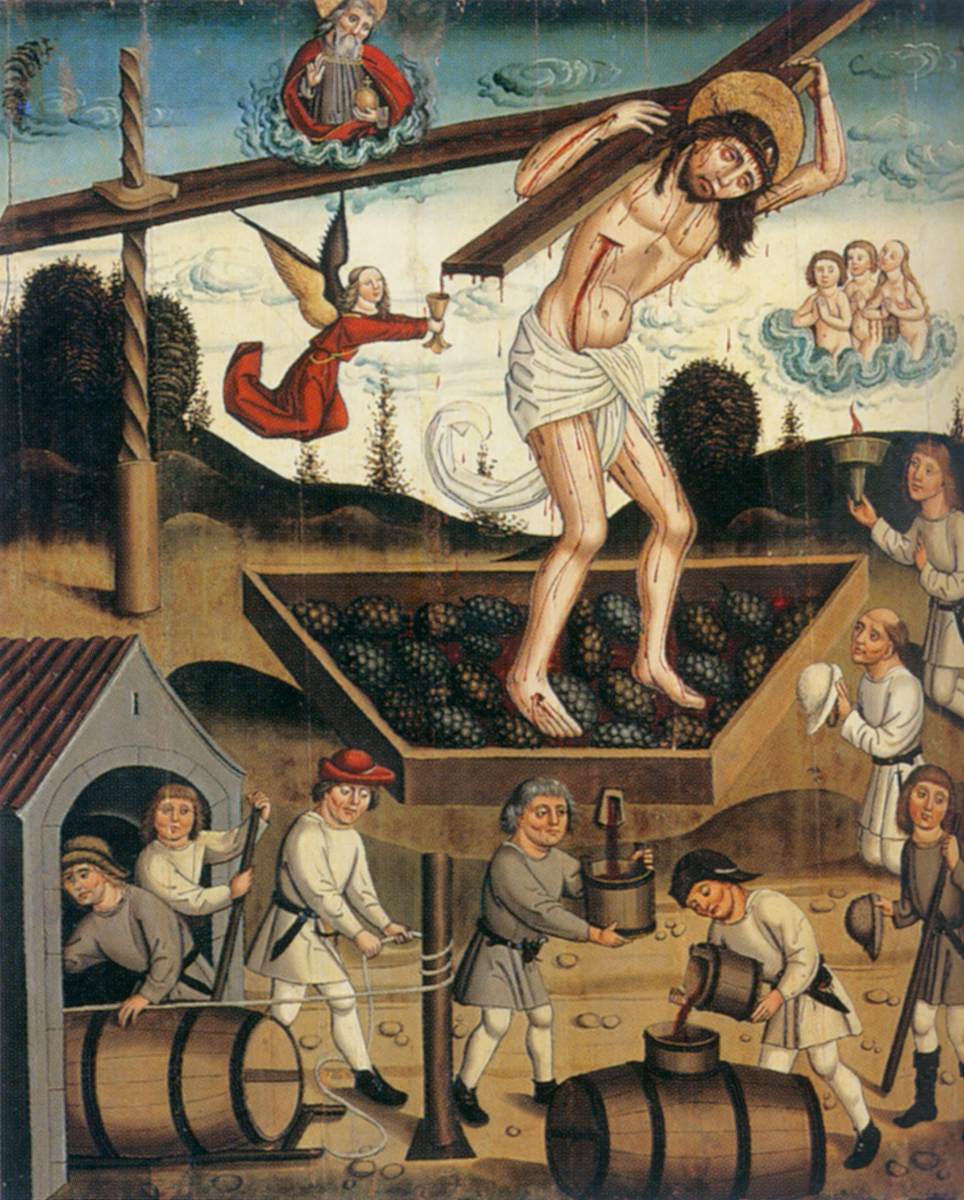 UNKNOWN MASTER, German
The Wine-Press of the Lord
c. 1500
Another Manner Of Hearing Mass, By Following Our Divine Saviour In His Interior Sufferings
Before the beginning of Mass compose yourself in the most respectful posture you can, kneeling with true humility. Then make an act of Contrition for your sins, which have  been the cause of the sufferings and death of Jesus Christ; for the greater purity of soul you bring, the more you will partake of the fruits of this Adorable Sacrifice.
Then offer it to God, to render him due glory, to obtain pardon of your sins, victory over temptations, and the grace to fulfill the duties of your state and charge; and for peace, union and a happy death, both for yourself, and every one of the family.
At the beginning of the Mass, represent to yourself Jesus Christ, in the person of the Priest, he first mounts up to the Altar and then descends; which steps may represent to you the way our Saviour went from the cenacle to the garden of Gethsemani. Then the Pries, bowing his knee, must mind you of our Lord's prostrating himself before the Majesty of his eternal Father in that garden. Endeavor to enter into those dispositions of humility and respect which abases Jesu in presence of the greatness of that Divine Essence before whom all created beings are as nothing.

Then, with great devotion and attention, call to mind all that passed in the garden of Gethsemani; at which heaven seemed to tremble with a certain horror to behold God in Christ Jesus, under the figure of a criminal, loaded with the execrable sins of all mankind. He suffers there the greatest humiliation and confusion that can be imagined, annihilated before the infinite Majesty of his Eternal Father, he makes him an honourable amends, and produces an act of so great sorrow, that he merits absolution and pardon of all mankind.

He there appears a criminal (tho' spotless) and is treated with all rigour by the divine justice. As the victim for sin, he receives the sentence of death, which he accepts of to give us life, and restore to us what sin had taken from us, and he merits for us the grace to enter a commerce with his eternal Father.

The sight of what he was to undergo and suffer, cast him into an agony which forced blood, as drops of sweat, to fall on the ground from all parts of his body,which with all he was to suffer, he applied to each soul in particular.

All creatures, say St. Pau, rise up against Jesus, as sinners, to revenge the injury sin does to God. He is abandoned to the powers of darkness, and reduced to such an extremity, that he likens it to the pangs of death, saying his soul is sorrowful even to death. Sin covers him over with infamy; and in this hateful condition he appears to hi own, and to his Father's eyes, who draws due satisfaction from him, and that even to the utmost rigour. The soul of Jesus not only suffers a mortal repugnance of the approach of sin, infinitely odious and detestable to him, but also an extreme apprehension and terror, which sinners have of God's wrath and fury; and this apprehension is as great as the sight he has is clear and penetrating.

In these reflections, or any other mystery of our Saviou's Passion, you may bestow your thoughts till the Elevation.

Christ, being crucified, was raised on high; see and adore him so in the hands of the Priest. He is sacrificed for your sake on the Altar as well as o Mount Calvary, he thinks of you, prays for you, and offers himself to the justice of the eternal Father, to appease his wrath against you. In a word, he is wholly taken up with your concerns, acting for you on the Altar as on Mount Calvary. Which reflection ought to inflame you with his love, and give you a firm hope that he will be heard, and obtain whatever he asks for you. Unite your intention with those he has for your salvation, protesting that you will all he wills, and that you will stand to what he promises in your behalf.

From that tome till the Agnus Dei, remain in the spirit of an united sacrifice with Jesus as much as possible, to make the sacrifice complete, according to his merciful designs: with silence and respect annihilated; and , as it were, lost in Jesus, who there offers himself for you. In this manner did his blessed Mother assist at the bloody Sacrifice he offered on the Cross; her eyes and heart fixed on him, by a simple regard, full of respect and love.

You may also entertain your thoughts with the words Christ spoke on the Cross; admiring in the first how easily he forgives his enemies; and considering yourself as on of them, heartily beg pardon, and confidently hope to obtain it.

2ndly, His liberality to the good thief; beg you may experience the same at the hour of your death.

3rdly, His tender love and concern for you expressed by his recommending you to his blessed Mother, in the person of St. John, and speak what affection shall suggest.

At the Agnus Dei.

Consider how our Saviour's love was strong as death; being dead, he is taken down from the Cross to be laid in the sepulcher. Here remembers to prepare your heart that it may serve for a tomb to lay him in, for which effect, dispose yourself for communion; and be sure to communicate spiritually, if you may not do it sacramentaly. Desire it ardently, that Jesus may live in you and you in him; for which end he instituted it and desires to be received; so that all your thoughts, words, and actions may be the effects of his Divine Spirit, and not of your own will. Make acts proper for communion, as humility, love, and contrition, beseeching him to wash your soul from sin with his precious blood, and to come into your heart, and make of it a worthy habitation for himself. And omit not to beg him that, as he resuscitated is body and gave it a new life, he would please, by his sacred presence, to do to same to your soul, giving it a new life, which may be visible by your happy charge of inclinations and manners.
Lady Lucy Herbert of Powis (1668-1744), later Prioress of the English Austin Canonesses at Bruges 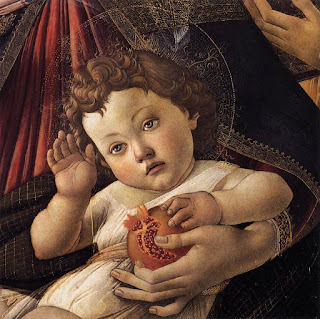 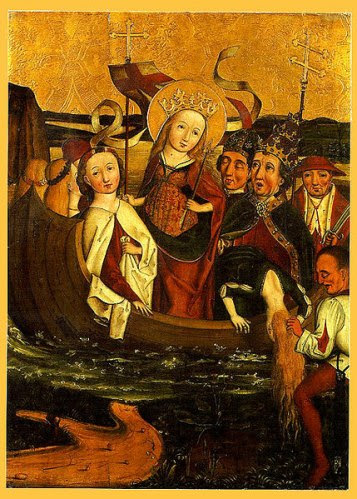