Early Morning Drive In The Desert
No Time For Mass
FSSP Mater Misericordiae Catholic Church In Phoenix, Arizona Offers Five Masses On Sunday
SUNDAY MASSES:
6:30 AM Low Mass;
8:00 AM Low Mass;
10:30 AM High Mass;
12:30 PM Low Mass;
2:00 PM Low Mass
FSSP Mater Misericordiae Catholic Church In Phoenix, Arizona Offers Three Masses every day Monday thru Saturday
WEEK DAY MASS
6:30 AM
12:30 PM
6:30 PM
SOURCE
What? Five Masses on Sunday?
What? Three Masses every day Monday thru Saturday?
That's a total of TWENTY THREE MASSES during the week?
TWENTY THREE!!!!!
Are you kidding me?
Skojec is telling everyone he can't make it to one of those TWENTY THREE MASSES?
What?
How many Catholics go to One Peter Five and tell of their problems in trying to get to Mass. Some drive hours just to attend Mass.
And this prick can not avail himself to get to any of these FIVE MASSES on Sunday?
Skojec is a jerk.
FSSP Mater Misericordiae Catholic Church In Phoenix, Arizona Offers Offers Confessions Every Day Of The Week.
SUNDAY-FRIDAY: Begin 30 minutes before and end 5 minutes before each Mass approximately;
TUESDAYS & THURSDAYS 11 AM-11:50 AM;
WEDNESDAYS & FRIDAYS 5:30 PM-6:20 PM;
SOURCE
Yet the man who was to restore the Church has not attended the Holy Sacrifice of the Mass for well over one year. Neither has his wife or Children. Steve complains that the Church is too crowded and he has to sit in the overflow and watch the Mass closed circuit TV. Steve says "So why not just stay at home and watch a live streaming Mass on TV?" Steve didn't think that those at the Church in the overflow still receive HOLY COMMUNION when he at home does not.
Why is the restorer of the church afraid or unwilling to receive the Blessed Sacrament for well over one year?
Steve claims that the Bishop gave a dispensation for not attending Mass during the Covid Hysteria.
What kind of restorer of the Church refuses to attend Mass?
Now Steve is complaining that his FSSP priest will not baptize his child
FSSP Mater Misericordiae Catholic Church In Phoenix Website:
Parishioners who have a new child should make an appointment with one of our priests about 1 month prior to the due date. Current Church Law requires that parents have their child baptized within 1 month after birth. SOURCE
Its Steve's own fault for not making an appointment 1 month prior to the due date.
What? does Steve expect special treatment
Again what kind of restorer of the Church delays the Baptism of his own child?
Skojec is a jerk.
Skojec claims that the Priest refuses  to give first communion to his other child.
Reason?
Well Steve does not practice his Catholic Faith - he hasn't for well over a year. He has publicly admitted this in his writings.
Bad habits grow stronger the more you give in to them.
Why is Steve putting his own family through this hell?
Because he will sue the FSSP for spiritual abuse - claiming that the FSSP priest denied the Sacraments to his family.
Then Steve will use his self loathing writings as exhibit A in the trial.
Steve hopes to settle out of court for hundreds of thousands of dollars.
Steve will then move on to his next victim.
That pretty much sums it up of what's going on with this grifter. 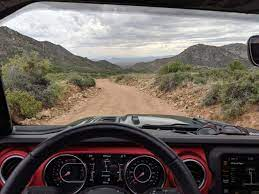