Four people are SLASHED at three NYC subway stations during 11 minute morning frenzy amid surge in violent crime in the Big Apple:
Three suspects are on the loose Four people were attacked in 11 minutes at three different stops along a Brooklyn-bound 4-train Friday morning. Between 4:26am and 4:37am, NYPD said two to three men punched and slashed four people, stole money and wallets, and, in at least one attack, threw someone's cell phone on tracks so the victim couldn't call 911. All four were taken to hospitals with non life-threatening injuries, according to the NYPD. The first attack was around 4:26am in at the 14th Street/Union Square station where two men pushed a man on the subway and then cut him him across the face. Two victims were assaulted in the second attack at the Astor Place station at 4:34am, the NYPD said. One was punched in the face and the other was slashed in the face. And the final attack happened at 4:37am in the Brooklyn Bridge subway station, where a man was slashed in the head. 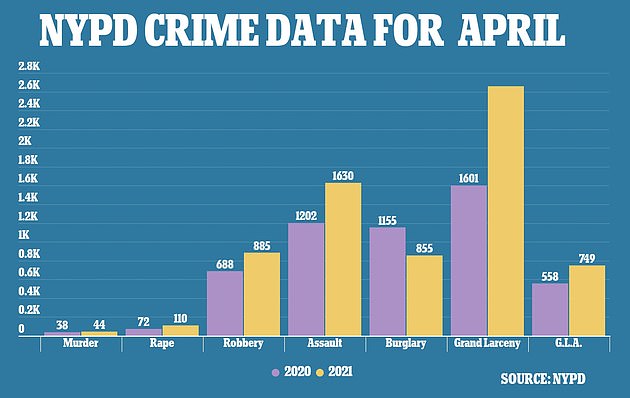 Sarah Feinberg, interim MTA president, and the Transport Workers Union, which represents 60,000 workers in the NYS, blamed the mayor for creating this culture of violence in the subways. These 'very serious' armed robbery and slashing incidents 'all seemingly could have been prevented by a uniformed presence on each of these platforms,' Feinberg said. 'The responsibility for these vicious attacks does not fall on an already strapped police department, it falls on City Hall and the individuals who are taking advantage of the mayor's negligence on the issue,' she said. Source
Email Post