Getting subtle messages from U.S. officials saying, in effect: "We're coming for you McAfee! We're going to kill yourself". I got a tattoo today just in case. If I suicide myself, I didn't. I was whackd. Check my right arm. Source
Suicide
John McAfee hung himself in a Barcelona Prison
McAfee was a pervert and he died like a pervert - just like his friend Jeffrey Epstein...death by AeA 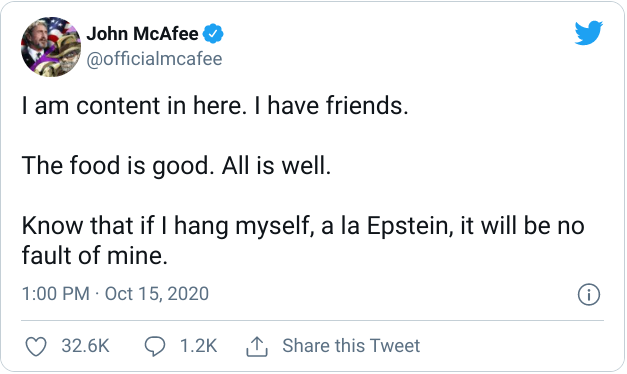 John McAfee: Anti-virus creator found dead in prison cell
Anti-virus software entrepreneur John McAfee has been found dead in a Barcelona prison cell, just hours after a Spanish court agreed to extradite him to the US to face tax evasion charges. The Catalan Justice Department said prison medics tried to resuscitate him, but were not successful. It said in a statement that "everything indicates" Mr McAfee took his own life. A controversial figure, Mr McAfee's company released the first commercial anti-virus software. It helped to spark a multi-billion dollar industry in the computer world. Source 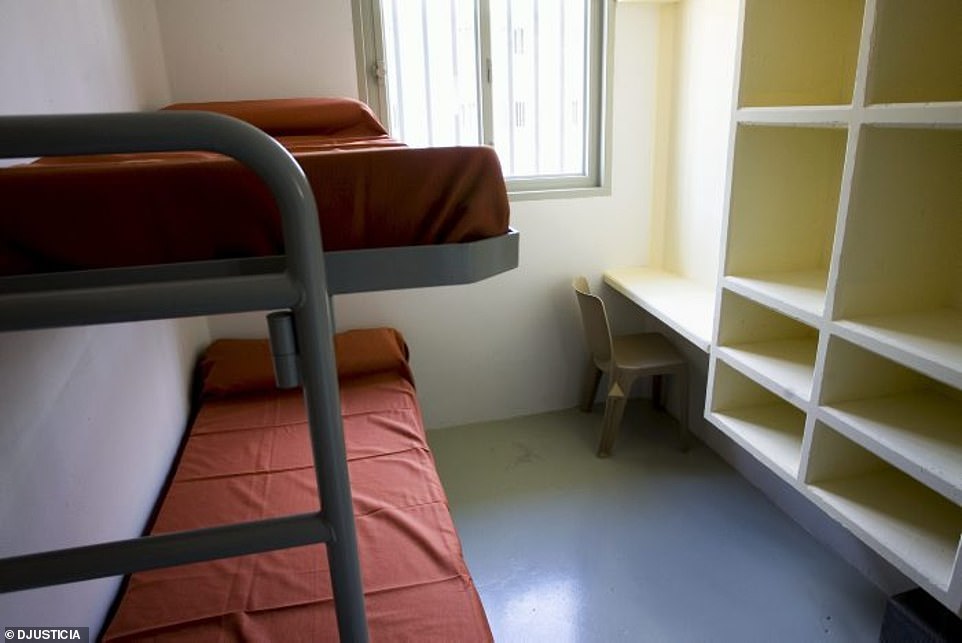 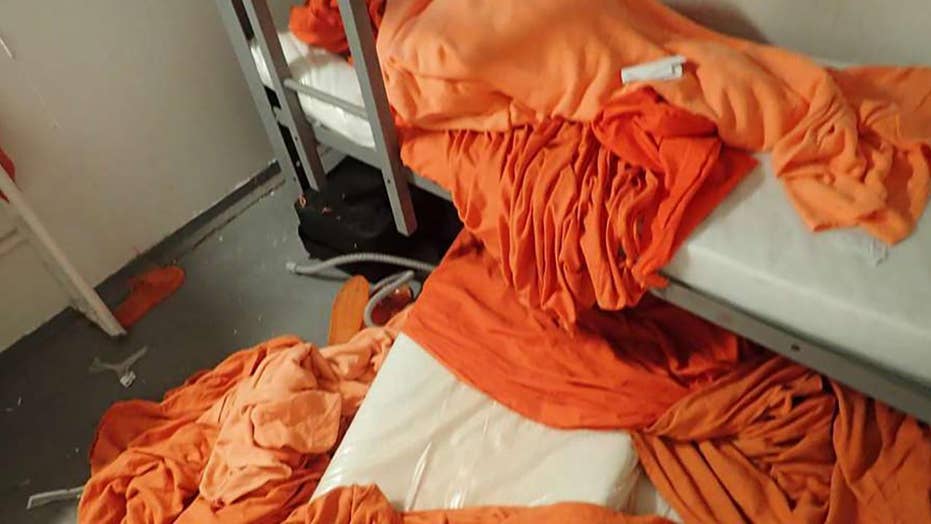 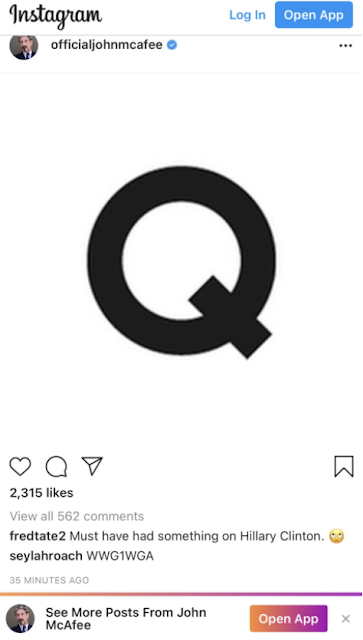