My Female Ugandan ISO Handler Sent Me A Mixtape: "Time To Get Away" Gunmen Kill Ugandan Minister's Daughter And Driver In 'Targeted Shooting'

Following Up Post From 28 MAY 2021
Posted By dxv515 My Female Ugandan ISO Handler Sent Me A Mix Tape That May Be A Threat? Freddie Mercury's - Time Waits For No One...... May 28, 2021
Four days later.....
Gunmen kill Ugandan minister's daughter and driver in 'targeted shooting'
Kampala, Uganda (CNN) The daughter of Ugandan government minister General Edward Katumba Wamala has been killed in a drive-by attack targeting the general outside his home in Kampala on Tuesday, Ugandan police said in a statement. Police said the Minister of Works and Transport was leaving the residence in the upmarket Kampala suburb of Kisasi when unknown assailants on motorcycles opened fire. The general, his 26-year-old daughter Brenda Nantogo, his bodyguard and his driver Haruna Kayondo were traveling in a military registered car when the attack unfolded, the police said. His daughter and the driver were killed in the attack, while Katumba Wamala was hospitalized after sustaining gunfire injuries.

The bodyguard was not hurt, the police said.Police described the attack as a "targeted drive-by shooting," saying the gunmen trailed the vehicle as it left Katumba Wamala's home. "The assailants, who were four in number, were riding on two motorcycles with concealed number plates, pulled up next to [General] Katumba Wamala's car and shot several bullets that instantly killed Nantogo Brenda and Haruna Kayondo," the police statement said.Uganda's President Yoweri Museveni said in a tweet that he has spoken to Katumba Wamala twice on the phone and that he was being well taken care of. He said the authorities already "have clues to the killers in General Katumba's shooting." Videos posted on social media showed Katumba Wamala in a bloodied shirt with his bodyguard in a military uniform being helped on a motorcycle that rushed him to the hospital. 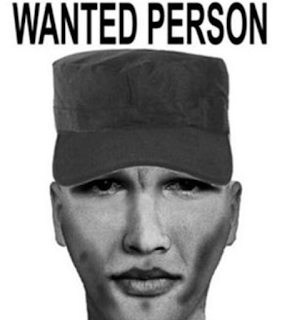 Katumba Wamala served as the Inspector General of Police of the Uganda Police Force from 2001 until 2005, being the first active Uganda People's Defence Force soldier to serve as the head of the force. His military carrier dates back to 1984 when he was a Second Lieutenant in the Uganda National Liberation Army that was eventually defeated by the National Resistance Army led by Museveni. Source 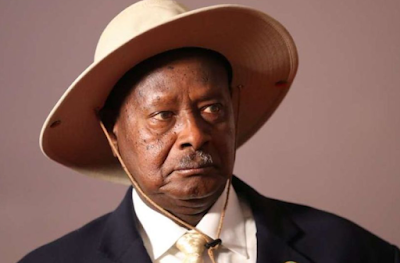 MUSEVENI VOWS TO BRING GEN. EDWARD WAMALA’S ASSAILANTS TO JUSTICE
General Edward Katumba Wamala extended his gratitude to the boda boda good samaritan who saved his life during the course of an assassination attempt that claimed his daughter’s and driver’s life. The former army commander claims the boda boda man helped him onto his tricycle to help him get first aid during the uneventful. With no motive for the attack established yet, Wamala claims the situation could have been much worse. According to him, his injuries are not alarming, despite having to remove one of the bullets, the other one affected his arteries, which may require some further deliberation. He also extended his gratitude to the Ugandan President, Yoweri Museveni for his calls and concern. The attack on Wamala is another in the recent spate of violence against high-profile victims. Source
Thirty Five Year Reign is a little too long...
Time To Get Away........
Email Post