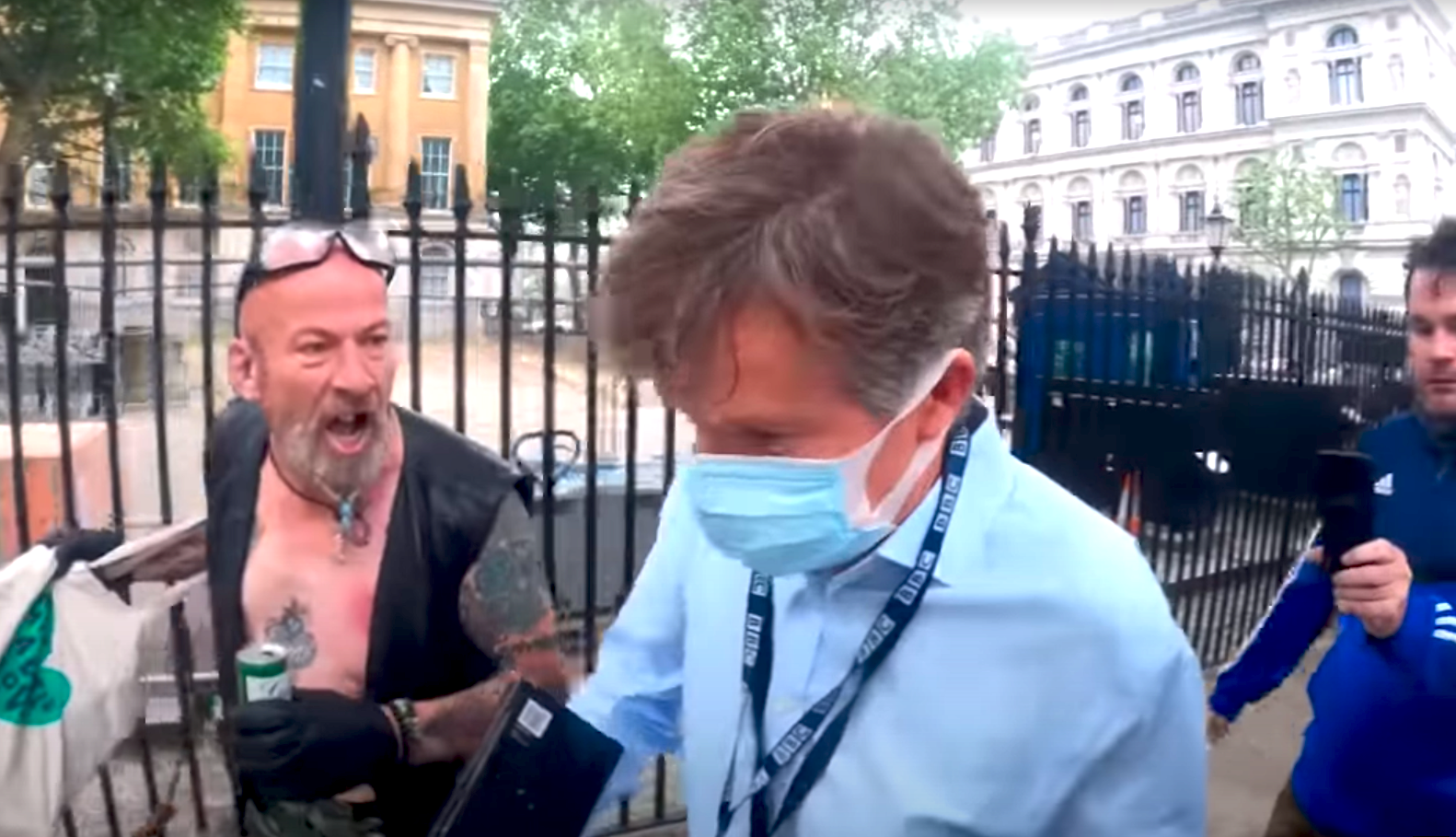 London you're fucked.....
Boris Johnson condemns anti-lockdown protesters’ treatment of BBC’s Nick Watt
The prime minister and home secretary have condemned an incident in which a senior BBC journalist was angrily confronted and pursued by anti-lockdown protesters as “disgraceful” and “appalling”. Police interviewed one man on Tuesday and were seeking a second after footage circulating online showed Nick Watt, the political editor of BBC Newsnight, being followed on a street near parliament on Monday by unmasked protesters who shouted into his face. Watt, who was wearing a BBC lanyard, then doubled back through police lines as people shouted “traitor” and other slurs at him. An investigation has been launched by the Metropolitan police, which said a number of possible offences had been identified after the footage was reviewed.
The BBC said in a statement on Tuesday: “This behaviour is completely unacceptable. All journalists should be able to carry out their work without intimidation or impediment.”
Boris Johnson tweeted: “Disgraceful to see the hounding of Nick Watt doing his job. The media must be able to report the facts without fear or favour – they are the lifeblood of our democracy.”
The home secretary, Priti Patel, said on Twitter: “The video of BBC Newsnight’s Nick Watt being abused by a mob is appalling and distressing. This behaviour is never acceptable.” Source
Email Post