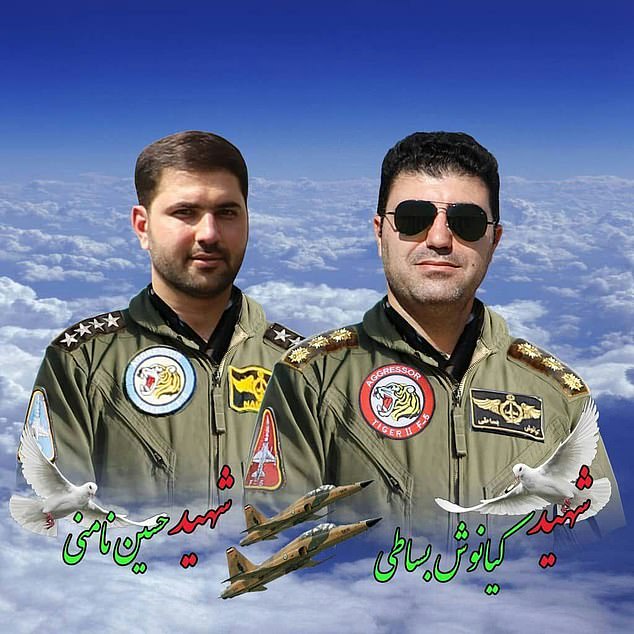 Two Iranian fighter jet pilots are killed when ejector seats activate before take-off 'and smash them into hangar roof'
Two Iranian fighter jet pilots were killed on Tuesday when their ejector seats activated before take-off, smashing them into the hangar roof. State broadcaster IRIB reported the F-5 fighter jet had a 'technical problem' that killed both the pilots, identified as as Kianoush Basati and Hossein Nami. The report said the incident unfolded at Dezful Vahdati Air Force Base, approximately 270 miles south of the capital Tehran, and near the Iraq border. According to BBC Persian, ejector seats were 'wrongly activated' for both the front and rear cockpit pilots. Both men 'lost their lives due to a severe impact with the roof of the hangar', the report added.State TV channel IRNA said the incident happened before takeoff but did not elaborate. Social media users identified Basati as a colonel and Nami as a lieutenant. Authorities have fenced off the site pending an investigation in what caused the malfunction of the Iranian air force's jet, the report added. Source
Email Post