“Priests and religious orders will be hunted down, and made to die a cruel death. Several will abandon the faith, and a great number of priests and members of religious orders will break away from the true religion; among these people there will even be bishops. Our Lady of La Salette 19 Sept. 1846 (Published by Mélanie 1879)
Just one Latin Mass venue in Costa Rica:
Community Institutum A Bono Pastore  - the Institute of the Good Shepherd
The Institute of the Good Shepherd has been shut down
This order is a break away from the SSPX.
What to watch for:
Physical assaults on Catholic Parishes in Costa Rica by members of  the Institute of the Good Shepherd in revenge for being shut down by the Costa Rican Bishops.
If it is true that RAD TRADS are the ones mentioned by Our Lady of La Salette who will hunt down and murder priests then I would expect that Costa Rica should witness the first attacks on Catholic Churches and Catholic Priests.
First Country "Banishes" Roman Mass
Costa Rica's Bishops’ Conference (pictured) decreed in a joint letter that all Roman Masses are "forbidden" throughout the country's eight dioceses, InfoVaticana.com reports (July 20). The letter - which can safely be ignored - is signed by the presiding Bishop José Manuel Gerrita Herrera of Ciudad Quesada. It claims that there has „never been a group“ of traditional faithful in the country. This statement makes the bishops look like Japan's war government which passed anti-Jewish laws although there were no Jews in the country. However, the statement of the tragic-comical prelates is untrue. There were several diocesan Roman Masses in Costa Rica although the bishops never gave up persecuting them. In Alajuela Diocese, a group called Summorum Pontificum was erected in 2018. Their bylaws were signed by the diocesan chancellor. The group was allowed in order to damage Pius X. Now, this apostolate is handed over to them. The Costa Rica bishops are known for their incompetence and poor performance to the point that in their country Catholicism went from of 99% before Vatican II to being a minority faith today. Between 2010 and now alone, the proportion of Catholics fell from 57% to 47%. Source 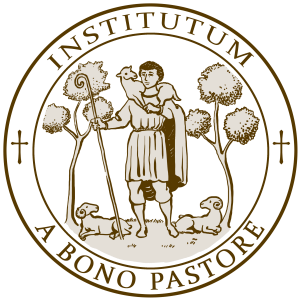 1. Bishops will shut down the FSSP ( "MOTU PROPRIO")
2. FSSP will leave the Church (a great number of priests and members of religious orders will break away from the true religion)
3. FSSP friendly Bishops will leave the Church (among these people there will even be bishops.)
4. FSSP will form a new church (there will be churches built to serve these spirits.)
5. FSSP sect will hunt down and murder Catholic Priests (Priests and religious orders will be hunted down, and made to die a cruel death.)
6. FSSP attempt to murder Pope Francis (“The mischievous would attempt his life several times to do harm and shorten his days)
7. Forerunner To The Antichrist will arise from the ranks of the FSSP (A forerunner of the Antichrist, with his troops gathered from several nations, will fight against the true Christ, the only Saviour of the world.)