DAMIEN
“In the year 1864, Lucifer together with a large number of demons will be unloosed from hell Our Lady of La Salette 19 Sept. 1846 (Published by Mélanie 1879)
“The demons of the air together with the Antichrist will perform great wonders on earth and in the atmosphere Our Lady of La Salette 19 Sept. 1846 (Published by Mélanie 1879)
“Our wrestling is not against flesh and blood; but against Principalities and Powers, against the rulers of the world of this darkness, against the spirits of wickedness in the high places." Ephesians 6:12
OK this is strange...
There will be a forerunner to the Antichrist and he will raise an army of Nationalists and he will declare war on the Catholic Church.
“A forerunner of the Antichrist, with his troops gathered from several nations, will fight against the true Christ, the only Saviour of the world. He will shed much blood and will want to annihilate the worship of God to make himself be looked upon as a God. Our Lady of La Salette 19 Sept. 1846 (Published by Mélanie 1879) 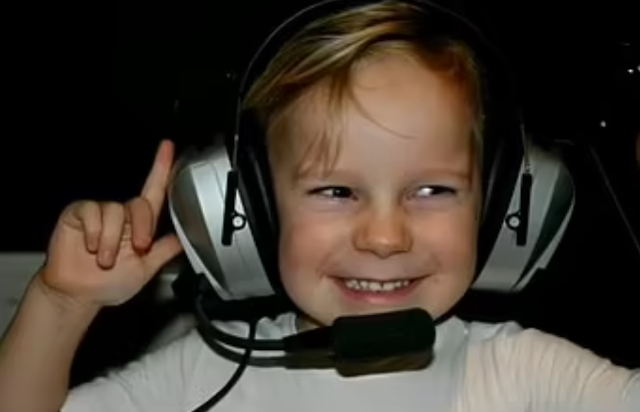 The first was like a lioness, and had the wings of an eagle: I beheld till her wings were plucked off, and she was lifted up from the earth, and stood upon her feet as a man, and the heart of a man was given to her. Dan.7:4

The First Beast is Lioness with Wings of an Eagle
FIRST BEAST LIONESS WITH WINGS OF AN EAGLE = THE AIRLINE AND SPACE INDUSTRIES (Boeing + SpaceX + Blue Origin + Airbus + United Launch Alliance  etc...)
Her wings were plucked off, and she was lifted up from the earth......
Jeff Bezos, world's richest man, carries out inaugural space voyage
VAN HORN, Texas, July 20 (Reuters) - Jeff Bezos, the world's richest man, and three crewmates soared high above the Texas desert aboard his space venture Blue Origin's New Shepard launch vehicle on Tuesday and returned safely to Earth, a historic suborbital flight that helps to inaugurate a new era of private commercial space tourism. The spacecraft ignited its BE-3 engines for a liftoff from Blue Origin's Launch Site One facility about 20 miles (32 km) outside the rural town of Van Horn, flying about 66.5 miles (107 km) above the planet's surface. There were generally clear skies with a few patchy clouds on a cool morning for the launch. The 57-year-old American billionaire flew on a voyage lasting about 10 minutes and 20 seconds to the edge of space, nine days after Briton Richard Branson was aboard his competing space tourism company Virgin Galactic's successful inaugural suborbital flight from New Mexico.   New Shepard was designed to hurtle at speeds upwards of 2,200 miles (3,540 km) per hour to an altitude beyond the so-called Kármán line - 62 miles (100 km) - set by an international aeronautics body as defining the boundary between Earth's atmosphere and space. Source
Her wings were plucked off, and she was lifted up from the earth......
If that is not an apt description of Blue Origin's New Shepard...I don't know what is....

If you are a Churchman, Theologian or Vatican Official and you find fault in this let me know.

Her wings were plucked off, and she was lifted up from the earth......

Here read on where Demons reside by St. Thomas Aquinas:

Article 4. Whether our atmosphere is the demons' place of punishment?
Objection 1. It would seem that this atmosphere is not the demons' place of punishment. For a demon is a spiritual nature. But a spiritual nature is not affected by place. Therefore there is no place of punishment for demons.
Objection 2. Further, man's sin is not graver than the demons'. But man's place of punishment is hell. Much more, therefore, is it the demons' place of punishment; and consequently not the darksome atmosphere.
Objection 3. Further, the demons are punished with the pain of fire. But there is no fire in the darksome atmosphere. Therefore the darksome atmosphere is not the place of punishment for the demons.
On the contrary, Augustine says (Gen. ad lit. iii, 10), that "the darksome atmosphere is as a prison to the demons until the judgment day."
I answer that, The angels in their own nature stand midway between God and men. Now the order of Divine providence so disposes, that it procures the welfare of the inferior orders through the superior. But man's welfare is disposed by Divine providence in two ways: first of all, directly, when a man is brought unto good and withheld from evil; and this is fittingly done through the good angels. In another way, indirectly, as when anyone assailed is exercised by fighting against opposition. It was fitting for this procuring of man's welfare to be brought about through the wicked spirits, lest they should cease to be of service in the natural order. Consequently a twofold place of punishment is due to the demons: one, by reason of their sin, and this is hell; and another, in order that they may tempt men, and thus the darksome atmosphere is their due place of punishment.
Now the procuring of men's salvation is prolonged even to the judgment day: consequently, the ministry of the angels and wrestling with demons endure until then. Hence until then the good angels are sent to us here; and the demons are in this dark atmosphere for our trial: although some of them are even now in hell, to torment those whom they have led astray; just as some of the good angels are with the holy souls in heaven. But after the judgment day all the wicked, both men and angels, will be in hell, and the good in heaven.
Reply to Objection 1. A place is not penal to angel or soul as if affecting the nature by changing it, but as affecting the will by saddening it: because the angel or the soul apprehends that it is in a place not agreeable to its will.
Reply to Objection 2. One soul is not set over another in the order of nature, as the demons are over men in the order of nature; consequently there is no parallel.
Reply to Objection 3. Some have maintained that the pain of sense for demons and souls is postponed until the judgment day: and that the beatitude of the saints is likewise postponed until the judgment day. But this is erroneous, and contrary to the teaching of the Apostle (2 Corinthians 5:1): "If our earthly house of this habitation be dissolved, we have a house in heaven." Others, again, while not admitting the same of souls, admit it as to demons. But it is better to say that the same judgment is passed upon wicked souls and wicked angels, even as on good souls and good angels.
Consequently, it must be said that, although a heavenly place belongs to the glory of the angels, yet their glory is not lessened by their coming to us, for they consider that place to be their own; in the same way as we say that the bishop's honor is not lessened while he is not actually sitting on his throne. In like manner it must be said, that although the demons are not actually bound within the fire of hell while they are in this dark atmosphere, nevertheless their punishment is none the less; because they know that such confinement is their due. Hence it is said in a gloss upon James 3:6: "They carry fire of hell with them wherever they go." Nor is this contrary to what is said (Luke 8:31), "They besought the Lord not to cast them into the abyss"; for they asked for this, deeming it to be a punishment for them to be cast out of a place where they could injure men. Hence it is stated, "They [Vulg. 'He'] besought Him that He would not expel them [Vulg. 'him'] out of the country" (Mark 5:10).