The Nicholites Admitted Promiscuous Intercourse With Married And Single, And, Also, The Use Of Meats Offered To Idols 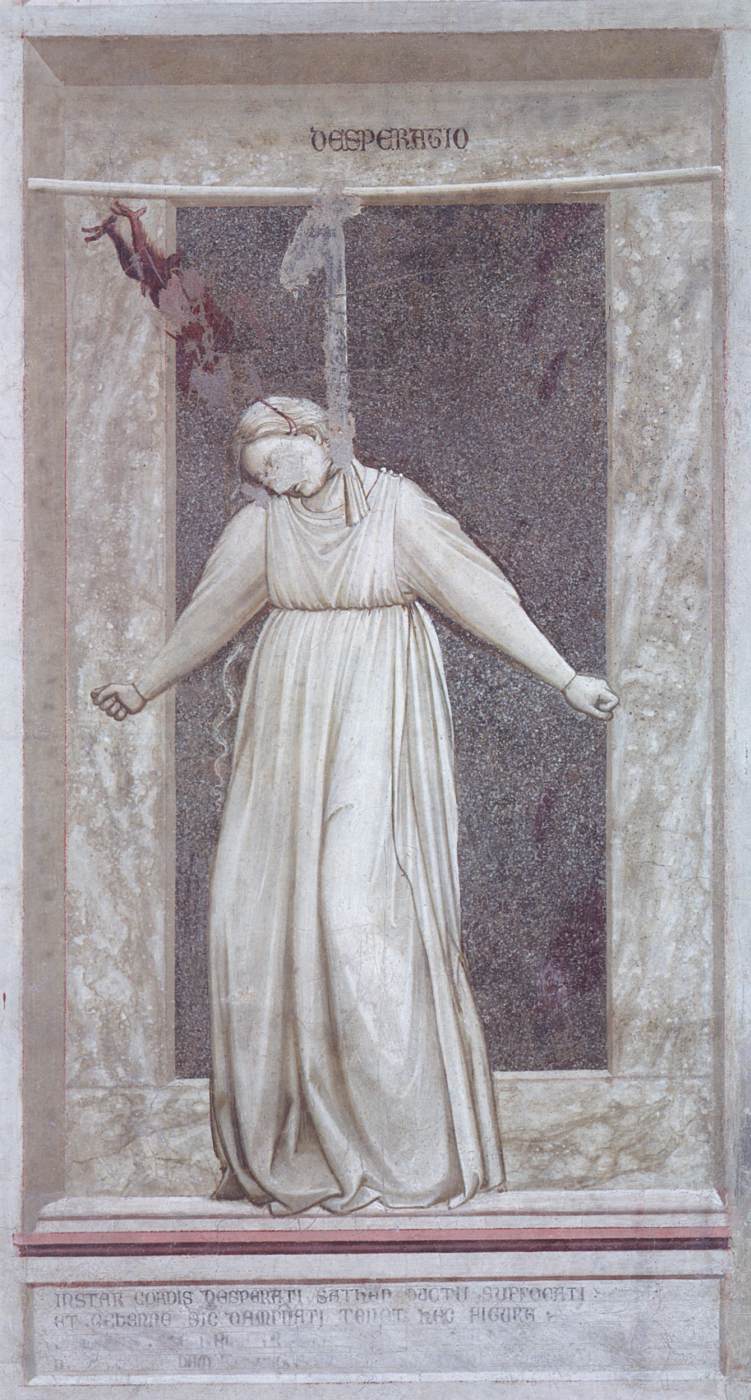 GIOTTO di Bondone
No. 47 The Seven Vices: Desperation
1306
The Nicholites admitted promiscuous intercourse with (11) married and single, and, also, the use of meats offered to idols. They also said that the Father of Jesus Christ was not the creator of the world. Among the other foolish doctrines they held, was one, that darkness, uniting with the Holy Ghost, produced a matrix or womb, which brought forth four Eons ; that from these four Eons sprung the evil Eon, who created the Gods, the angels, men, and seven demoniacal spirits, This heresy was of short duration ; but some new Nicholites sprung up afterwards in the Milanese territory, who were condemned by Pope Nicholas II. The Nicholites called themselves disciples of Nicholas the Deacon, who, according to Noel Alexander, was esteemed a heresiarch by St. Eusebius, St. Hilarian, and St. Jerome. However, Clement of Alexandria, Eusebius, Theodoret, Baronius, St. Ignatius the Martyr, Orsi, St. Augustin, Fleury, and Berti, acquit him of this charge (12).
(12) Nat. Alex. t. 5, diss. 9; Baron. An. 68, n. 9; Orsi, t. 1, n. 64 ; Fleury, /. 1, L 2, n. 21 ; Berti, loc. cit.
CHAPTER I
HERESIES OF THE FIRST CENTURY.
1. Simon Magus.
2. Menander.
3. Cerintlms.
4. Ebion.
5. Saturninus and Basilides.
6. The Nicholites.
The History of Heresies and Their Refutation by Alphonsus M Liguori.
Email Post