Forerunner To The Antichrist Baron Alexander Von Tschugguel Gives His Political Platform For Austria In Tweets.... 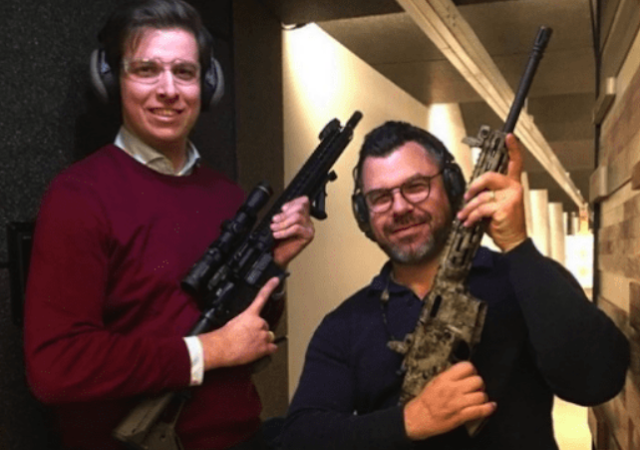 FORERUNNER TO THE ANTICHRIST & HIS FALSE PROPHET
"A forerunner of the Antichrist, with his troops drawn from many nations, will wage war against the true Christ, sole Savior of the world; he will shed much blood and will seek to annihilate the cult of God so as to be regarded as a god." Our Lady of La Salette 19 Sept. 1846 (Published by Mélanie 1879)
The timeline given by Our Lady of La Salette & Fatima is as follows:

"I didn't see, I don't see any Great Pope or Great Monarch before an extremely great tribulation, horrifying, terrible and general for all Christendom. But before that time, twice there will be a short lived peace; TWO shaky, servile, doubtful popes" Mélanie of La Salette 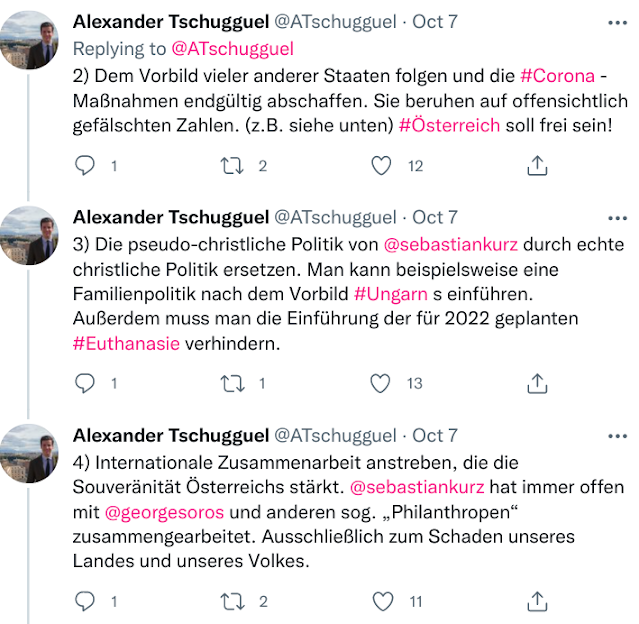 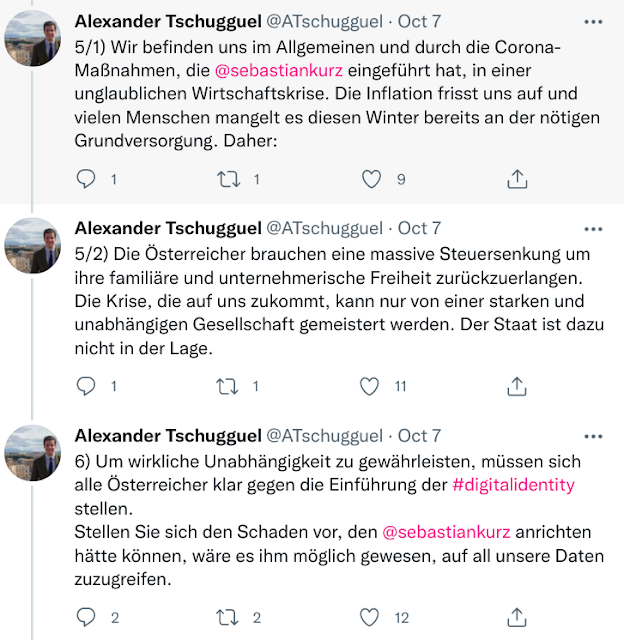 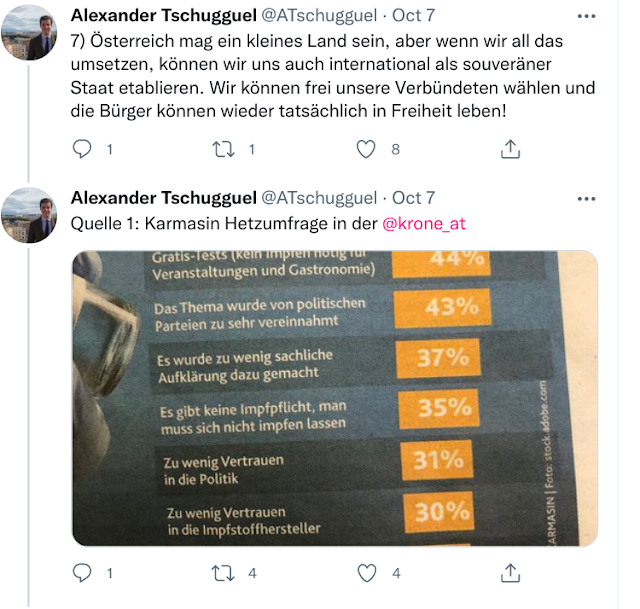 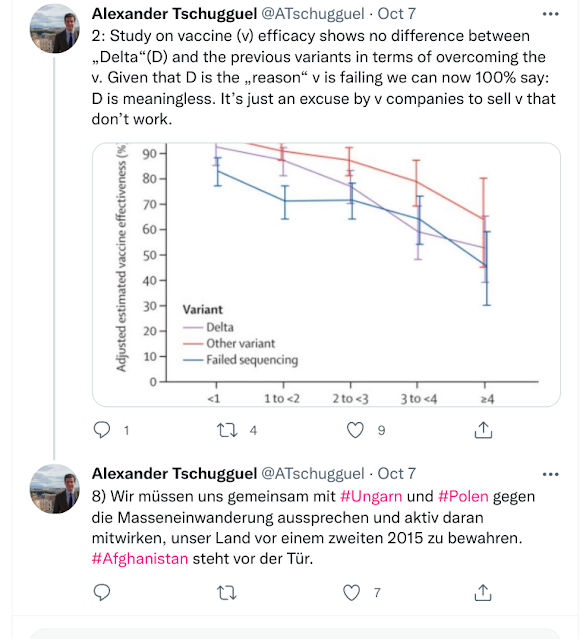