MEDITATIONS ON CHRISTIAN DOGMA.TREATISE III. 3. THE SPIRITUALITY OF THE ANGELS. 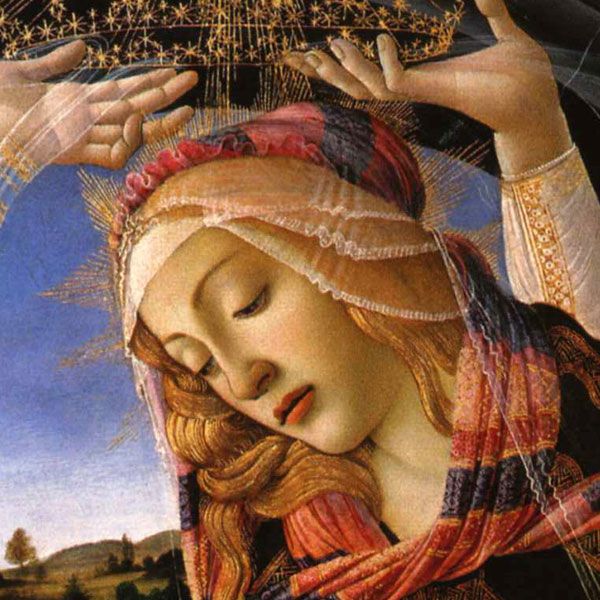 Our Lady’s Saturday
MEDITATIONS ON CHRISTIAN DOGMA.
TREATISE III. 3.
THE SPIRITUALITY OF THE ANGELS.
I. Each ascending class of beings begins, in its highest specimens, to assume the characteristics of the class next above it ; and so might serve, if need were, to indicate the peculiarities of the next higher group of creatures. Man, the last and most perfect in the line of material beings, is much more than mere matter. There is in him a higher element, not compounded of chemical substances or the subtle forces of matter. This enjoys faculties not belonging to other beings intellect and will ; it has an apprehension of moral goodness, of the true, of the beautiful ; it has cravings, sometimes half unconscious, for something higher than this universe and more enduring. Above all there is in mankind an ineradicable tendency towards the supernatural, towards God and religion; and this is for ever asserting it self in various forms as one of the most energetic forces in human nature. All this is an indication of an actual higher state ; for no impulsion exists in the universe without its corresponding object or cause. It is further an indication of a higher class of beings, endowed with more perfect spirituality, less encumbered by matter, more free in the exercise of mind and will, standing nearer to the throne of the Almighty Ruler. Progress is the law of being. Every thing points upward through a higher class to God. Cultivate, not those appetites which you share with the beasts, but those aspirations which raise you towards the angels.
II. The spirituality of the angels is much more perfect than that of men. We are not pure spirits, but a compound of the spiritual with the material. The soul has a natural and permanent affinity for those atoms of the slime of the earth which constitute the body; just as oxygen tends to enter into combination with all the coarser elements. Further, the soul is too often enslaved by the prepotent influence of the body, and is dragged down by it to the material level, instead of raising it to spiritual heights. Hence the finer element in man is often submerged under the rush of the body s coarser interests and appetites and pleasures, and falls from its high estate into degradation. The angels are free from all such influences. Being without bodies they have nothing to drag them down from their proper level ; they are not drawn two ways at once by opposing forces ; there is no veil to obscure their direct vision of God s face ; there is no deception to make error look like truth ; there is nothing to tarnish their purity and sanctity. This spiritual life is to be yours one day. All other creatures, even our material frames, having run their course return whence they came living beings into dead matter, compounds into their primary elements. The soul of man alone remains, and, united to a spiritualized body, it rises to a higher existence. But to fit ourselves for this our life on earth must be spiritualized.
III. The spirituality of the angels is, however, infinitely inferior to that of God, while generally resembling it. So perfect and transcendent is God that, as compared with Him, the substance of the angels is coarse, and, as it were, material. They are still but a dim and imperfect reflection of the unparalleled brightness and purity of the Divine Essence. So does a light, which in the darkness is a brilliant illumination, grow pale and invisible in the full glare of the noon-tide. " Behold among His saints none is unchangeable, and the heavens are not pure in His sight. Behold even the moon doth not shine, and the stars are not pure in His sight. How much less man that is rottenness, and the son of man who is a worm ?" (Job xv. 15; xxv. 5, 6). You are the lowest of all spiritual beings, the feeblest of all that possess intellect and heart. If you are so poor as compared with the angels, how inferior you are before the unapproachable spirituality of God. Humble yourself before Him that you may be found worthy to be raised to His kingdom.
MEDITATIONS ON CHRISTIAN DOGMA BY THE RIGHT REV. JAMES BELLORD, D.D
Email Post

Saturday Meditation Of The Joy Of Heaven 1633