Praxeas Denied The Mystery Of The Trinity, Saying That In God There Was But One Person And One Nature, Which He Called The Father. 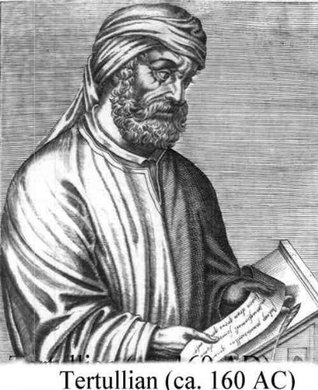 1. Praxeas, a native of Phrigia, was at first a Montanist, but afterwards becoming an enemy of Montanus, he caused him to be condemned by Pope Zepherinus, concealing his own heresy at the same time. Being soon discovered, he retracted his opinions, but soon afterwards openly proclaimed them. He denied the mystery of the Trinity, saying that in God there was but one person and one nature, which he called the Father. This sole person, he said, descended into the womb of the Virgin, and being born of her by means of the incarnation, was called Jesus Christ. According to this impious doctrine, then, it was the Father who suffered death, and on that account his followers were called Patripassionists. The most remarkable among his disciples were Berillus, Noetus, and Sabellius. Berillus was Bishop of Bostris in Arabia ; he said that Christ, before his incarnation, had no divinity, and in his incarnation had no divinity of his own, but only that of the Father. Noel Alexander says that Origen refuted him, and brought him back to the Catholic faith (1). Noetus, more obstinate in error, said that the Father, the Son, and the Holy Ghost were but one person and one God ; he and his followers were cut off from the Church, and, as he died impenitent, he was refused Christian burial (2). The most celebrated promoter of this error was Sabellius
CHAPTER III.
Heresies of the Third Century
1. Praxeas.
2. Sabellius.
3. Paul of Samosata.
4. Manes.
5. Tertullian.
6. Origen.
7. Novatus and Novatian.
8. Nepos The Angelicals and the Apostolicals.
Email Post