Mass Casualty Incidents Prior To The Death Of Pope: 89 Dead From Mystery Disease In Catholic Fangak, South Sudan 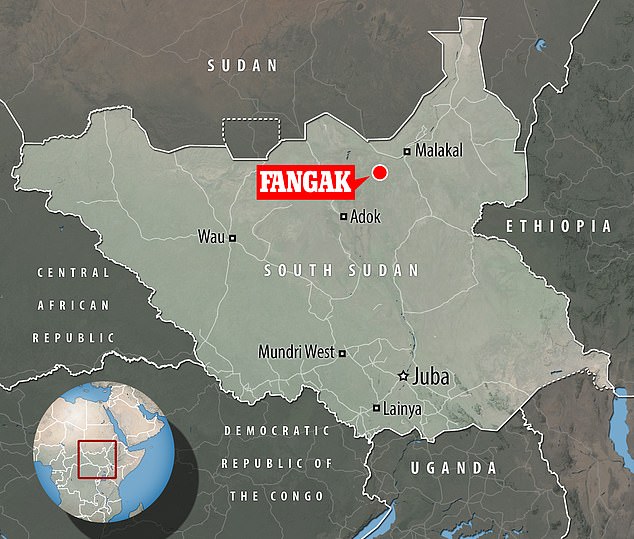 Following up posts on Mass Casualty Incidents leading up to the death of the first of the Two Popes:

MASS CASUALTY INCIDENTS PRIOR TO THE DEATH OF POPE: 49 CENTRAL AMERICAN MIGRANTS DEAD, 58 INJURED AFTER TRUCK CRASH IN SOUTHERN MEXICO.....

MASS CASUALTY INCIDENTS PRIOR TO THE DEATH OF POPE: 100 KILLED AS TWISTERS RIP THROUGH MISSISSIPPI VALLEY 'SHREDDING' NURSING HOME AND DESTROYING AMAZON WAREHOUSE

MASS CASUALTY INCIDENTS PRIOR TO THE DEATH OF POPE: 50 DEAD IN HAITI GAS TANKER EXPLOSION

89 people are killed by mystery disease in South Sudan: WHO taskforce sent to investigate unidentified illness

A World Health Organization (WHO) taskforce has been sent to South Sudan to investigate an unidentified illness which has killed 89 people.  The country's ministry of health reported that an unknown disease had killed scores of people in the northern town of Fangak in Jonglei state. The WHO sent a rapid response team of scientists to the area, which is one of the worst hit by recent severe flooding, to collect samples from sick people, reports the BBC.  Local health officials in Fangak said initial samples from the sick returned negative results for cholera. We decided to send a rapid response team to go and do risk assessment and investigation; that is when they will be able to collect samples from the sick people - but provisionally the figure that we got was that there were 89 deaths,' Sheila Baya, from the WHO, told the BBC. Baya said the team of scientists had to reach Fangak via a helicopter due to severe flooding in the area, adding that the group are waiting for transport to return them to the capital Juba on Wednesday. In the bordering state of Unity, severe floods have increased the spread of diseases such as malaria and caused malnutrition in children due to food shortages, Lam Tungwar Kueigwong, the state's minister of land, housing and public utilities, said. Oil from the fields in the region had contaminated the water, he said, leading to the death of domestic animals. The flooding in the north of South Sudan has cut off communities from accessing supplies of food and other vital commodities. Source

Mass Casualty Incidents will start to be a thing now that one of the Two Popes will die soon.

You will see more of these Mass Casualty Incidents up until the death of the Pope.

No one is talking about these coming  Mass Casualty Incidents...yet...but they will soon.

These Horrible Mass Casualty Incidents will be the latest trend.

As usual this is the first blog to take notice - others will follow once they read this post....as always....