MEDITATIONS FOR ADVENT: The Fall of Man 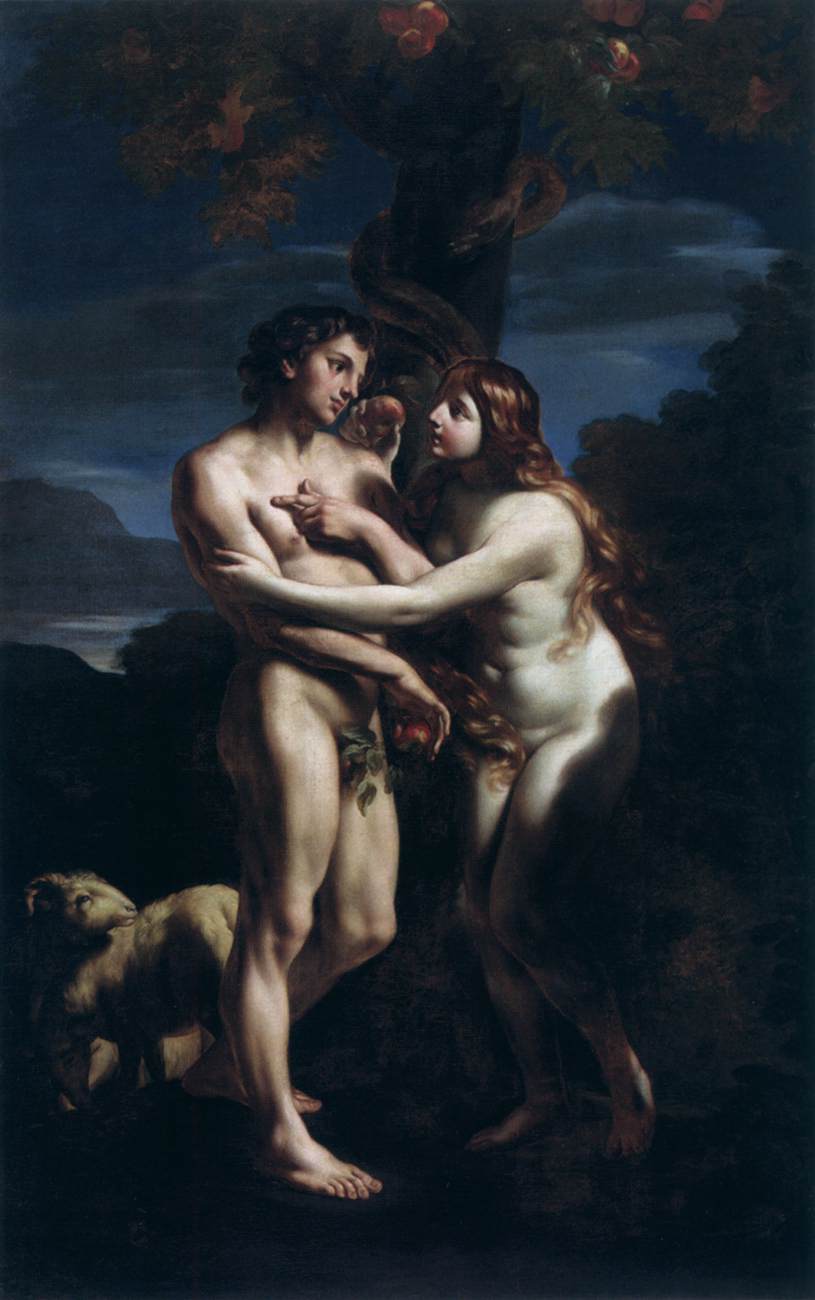 CIGNANI, Carlo
The Fall of Man
c. 1700
MEDITATIONS FOR ADVENT:
5 The Fall of Man
“Now the serpent was more subtle than any other wild creature” (Gen. 3:1). We see the admirable depth of Christian theology in the apparent weakness of this strange beginning to the story of our woes. The whole tale seems a fable. A serpent speaks. A woman listens. A man so perfect and enlightened allows himself to be led astray by the most common of temptations. All mankind falls with him into sin and death. It seems to be so much foolishness. Yet we have that sublime saying of Saint Paul: “The foolishness of God is wiser than men, and the weakness of God is stronger than men” (1 Cor. 1:25).
Let us begin with the subtlety of the serpent, not regarding it as the subtlety of an irrational animal, but as the subtlety of the Devil, who entered into the body of this animal by divine permission.
Just as God appeared to man under a sensible form, so also did the angels. God spoke to Adam. God led the animals to him, and he brought him the wife that he had just formed from his side. God appeared to him as someone walking in paradise. In all these appearances there was an exterior shape. As man is composed of body and soul, so God made himself known by both, that is, by senses and intellect. It was the same with the angels whom God allowed to converse with man under the forms of animals. Eve was not surprised to hear a serpent speak. She knew that an angel was speaking to her, but she was unable to distinguish whether it was a good or an evil one.
“Why did the Lord forbid you to eat the fruit of this tree?” And, a little while later, “You will not die” (Gen. 3:4). The Devil wished to lead Eve into error, but if he had begun by proposing the error into which he wished to lead her — a manifest contradiction of the commandment and the word of God — he would have inspired horror rather than the desire to listen. So he first sowed the seeds of doubt, asking “Why has the Lord forbidden you?” The Devil did not dare to say, “He tricked you,” or “His precept is unjust,” or “His word is not trustworthy.” Rather he inquired, he questioned, as if he wished to be instructed rather than to instruct the one he wanted to suborn. He could not have begun in a more insinuating and subtle manner.
When he saw that Eve had been dazzled by novelty and had already consented to the doubt he had suggested, he lost no time in half measures and stated openly: “You will not die. For God knows that when you eat of it your eyes will be opened, and you will be like God, knowing good and evil” (Gen. 3:5). With these words he suggested that God had attached to the fruit of this tree some divine power by which man would know all in matters of good or evil, happiness or wretchedness. And then he said, “You will become like gods.” Thus, he flattered pride; he stroked and excited curiosity. When Eve looked upon the forbidden fruit, her disobedience began, for the fruit that God had forbidden to be touched should not even have been looked upon with delight. She saw, the Scriptures say, “that the tree was good for food, and that it was a delight to the eyes” (Gen. 3:6). To make herself so attentive to the beauty and the taste of what had been forbidden was to choose to be seduced.
“She took its fruit and ate; and she also gave some to her husband, and he ate. Then the eyes of both were opened, and they knew that they were naked; and they sewed fig leaves together and made themselves aprons” (Gen. 3:6-7). This expression is a modest and dignified way of saying that they began to know evil. In a word, their minds, which had risen up against God, could no longer compass the bodies that they should have commanded. Immediately after their sin appears the cause of the shame that they had not known until then.
We are all born of Adam and Eve, and that is why our birth — and even our conception, the very source of our being — is tainted by Original Sin.
O God, where are we, and into what sort of condition have we fallen?
Archbishop Jacques-Bénigne Bossuet
Email Post