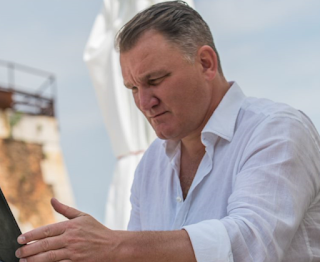 Alistair Harris is a former UK diplomat and UN investigator. He was appointed an OBE in 2013 for services to stability in Lebanon. Since leaving the UK Foreign and Commonwealth Office in 2002, he has focused his efforts working in the conflict, security and development nexus. He has worked extensively in the Balkans, Pakistan, Afghanistan, Yemen, the Palestinian Territories, Lebanon, Syria and Jordan. The approach he has adopted has been research-informed and evidence-based, providing advice that is relevant to policy, as well as programmatic responses designed to prevent and mitigate conflict, and address complex challenges in conflict-affected states. He has worked for a range of international clients, including the United Nations, the European Union’s Instrument for Stability and the governments of the UK, US, Denmark, Holland, Canada, Italy and Japan. Alistair has been published extensively by RUSI, the US Institute of Peace, the Carnegie Endowment and peer-reviewed journals (e.g. Maghreb Review, Terrorism and Political Violence). He holds degrees from Emmanuel College, Cambridge in Political and Social Sciences and the University of St Andrews in Terrorism and Political Violence. He has an MBA from the London Business School. Alistair is a Specialist Consultant for the Commonwealth Secretariat's Countering Violent Extremism Unit and a member of the UK's Civilian Stabilisation Group (CSG) and holds current SC vetting. He speaks Serbocroat and operational French and Arabic. Source
Email Post