Visiting This Blog Might Improve Mental Health: Is Looking At Art A Path To Mental Well-Being? 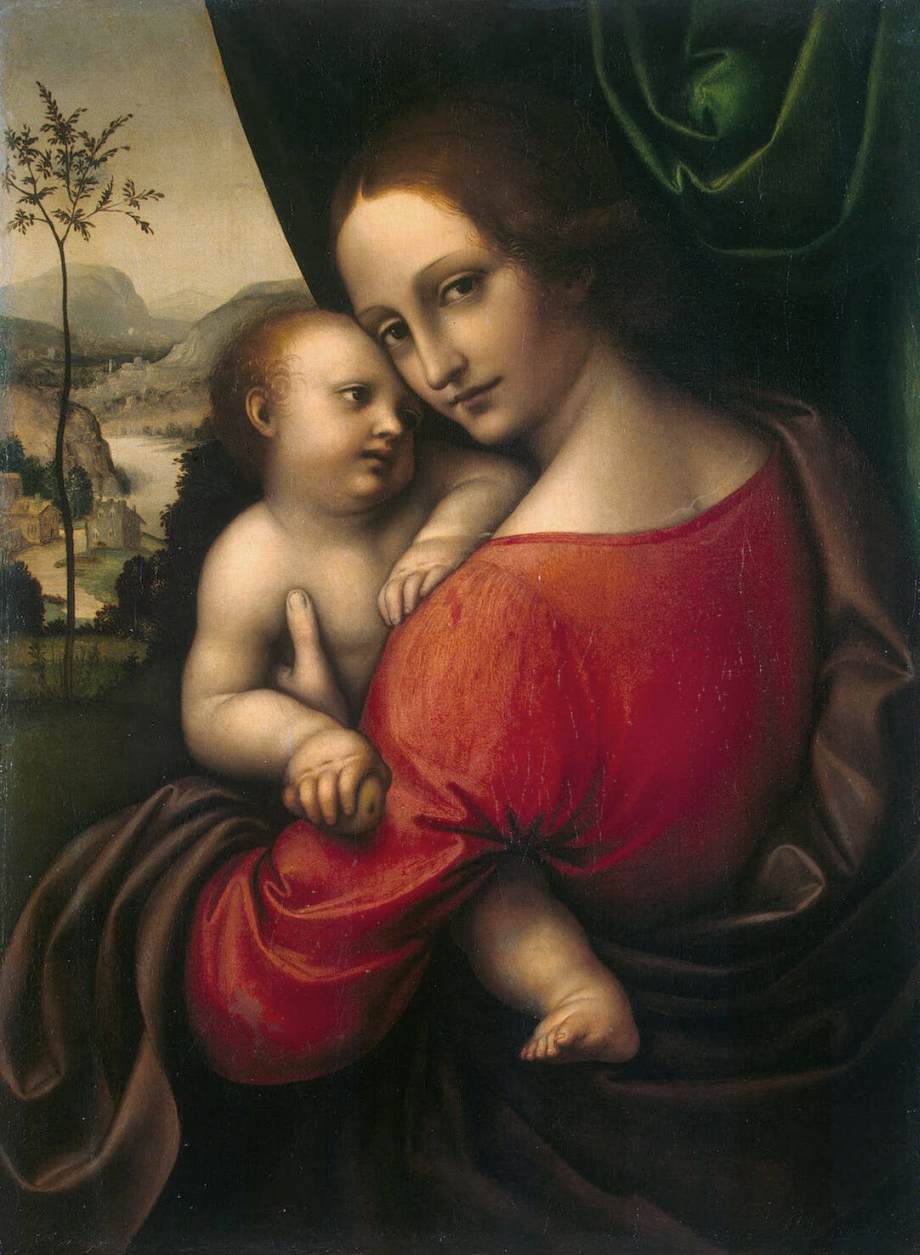 GIAMPIETRINO
Madonna with Child
1520s
Is Looking at Art a Path to Mental Well-Being?
During a dark period in his youth, Bill Murray thought about killing himself while wandering the streets of Chicago. “I was ready to die,” the actor said at a press conference several years ago. That day he decided to visit the Art Institute and found himself in front of Jules Breton’s 1884 painting The Song of the Lark, which depicts a young woman looking skyward, sickle in hand, a violent orange sunrise behind her. Suddenly, Murray felt hope. “I just thought, Well, there’s a girl who doesn’t have a whole lot of prospects, but the sun’s coming up anyway and she’s got another chance at it,” he said. “That gave me some sort of feeling that I too am a person, and get another chance every day the sun comes up.” Murray credits the painting with saving his life.
Though making art has long been regarded as a form of therapy through self-expression, recently, the passive participation—the looking at art—is now being assessed as a different way of improving mental health. ​​“We know that for a lot of people, making art can be very therapeutic,” says Tim A. Shaw, artist and co-founder of the arts and mental health charity Hospital Rooms. “But also, making art isn’t usually an easy, relaxing thing for artists; it’s an uncomfortable pleasure.”
A few months ago, doctors at one of Brussels’s largest hospitals partnered with—and began prescribing visits to—the city’s fine arts museums. “We’re in the middle of a crisis [that has] brought so much stress to people, and I think that culture may be the answer,” says Delphine Houba, alderwoman for culture in Brussels. The World Health Organization, in 2019, also released a 146-page report that recommends the inclusion of arts in the treatment of mental health. In the U.K., Hospital Rooms has been transforming dozens of psychiatric wards by painting their walls and filling them with art, commissioning works by artists like Nick Knight and Gavin Turk.
Beautiful environments could impact both our mood and physical well-being, according to several studies in publications including the Journal of Psychiatric Intensive Care and Frontiers in Psychology. “Generally, beauty and music or art is very rewarding to the human brain,” says Wendy Suzuki, a neuroscientist and professor of neural science at New York University. “It can activate our natural, de-stressing part of our nervous system called the parasympathetic nervous system that slows our heart rate down. And I think that’s so important these days because our stress and anxiety levels are so high.”
A number of studies have shown that hospital patients who visit gardens or even just have window views of nature often recover faster than those who don’t. But beautiful views are not intrinsic to hospital designs, so bringing art into facilities helps provide that same sense of tranquility. Artworks can also encourage conversation among patients, says Shaw. “It goes beyond decoration. It’s much more about bringing some humanness to a space,” he says. Source
Email Post