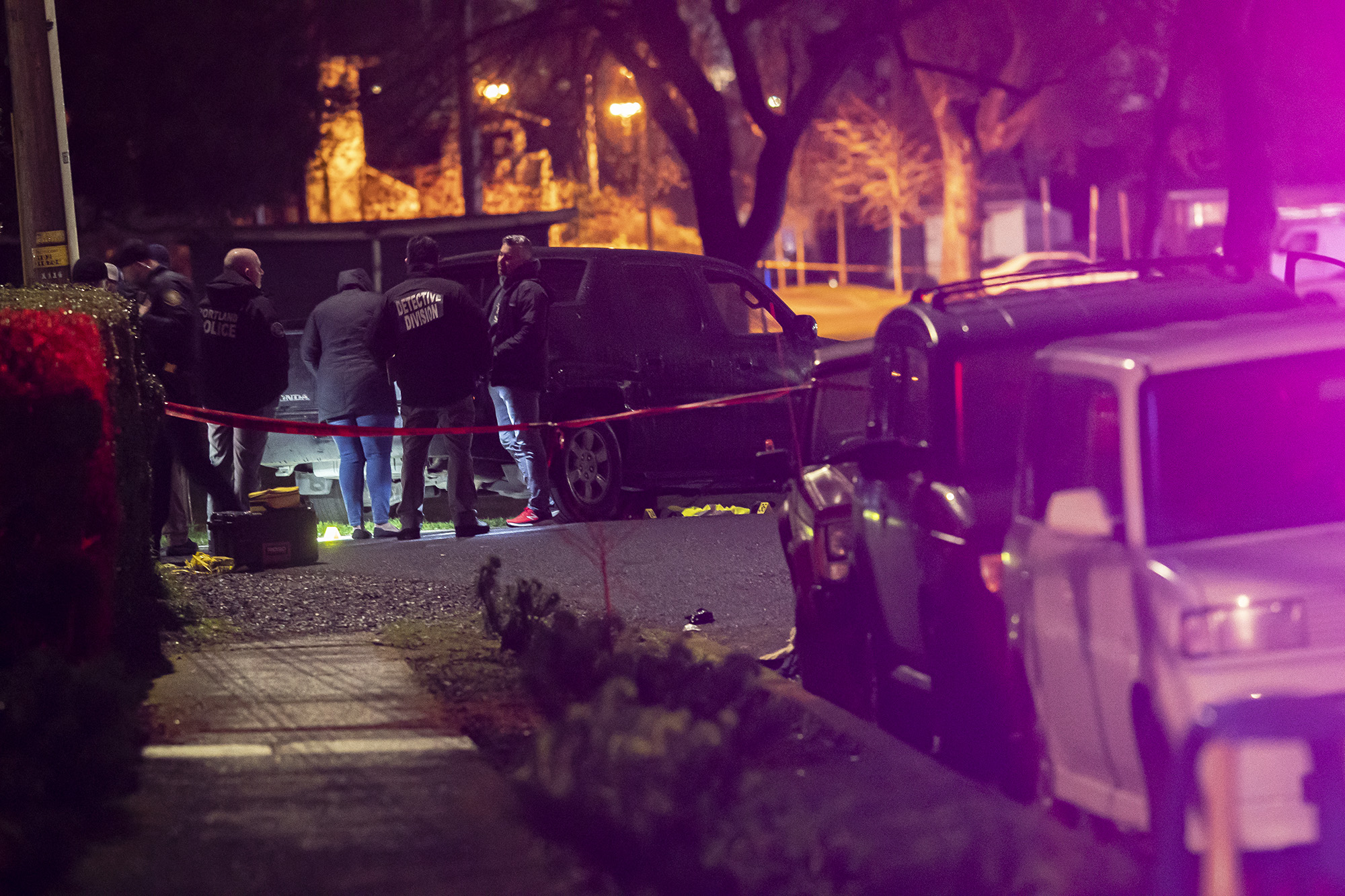 Four shot, one killed in mass shooting at protest march in Portland
Four people were shot and one was killed in a mass shooting at a Portland park where people had gathered to march in protest of the fatal police shooting of Amir Locke, according to local reports. Police responded to reports of shots fired near Normandale Park just before 8 p.m. Saturday night — before demonstrators could even begin their march, which was scheduled to kick off at 8, according to event flyers posted on social media. Two people have been taken into custody in connection to the incident, KGW8 reported. Several witnesses told Oregon Public Broadcasting they saw a man come out of a nearby home and confront a group of about 50 protesters before he fired into the crowd. Five people — two men and three women — were transported to nearby hospitals in unknown conditions, police said in a statement. The Oregon State Medical Examiners’ office will determine the identity and cause of death of the female victim. No other details on the shooting were immediately available. This is the latest in a wave of gun violence in the city, which has already seen 14 people killed in shootings this year, according to Oregon Live. Locke, 22, was shot and killed by a Minneapolis police SWAT team member during a no-knock-warrant raid on his apartment on Feb. 4. The officer opened fire when Locke, who had been asleep on his couch, stood up holding his legally-owned handgun after SWAT busted through his front door. Source
Email Post