Can You Imagine What The FSSP Rad Trad Reaction Would Be If Pope Francis Prayed The Martin Luther Protestant Our Father? LOL!

Martin Luther Tavern Theology School
Here we go again. FSSP Rad Trads are infatuated with Lutheran Laymen - the big burly type.
The Protestant Laymen (All Protestants are LAYMEN) Truckers start their Martin Luther Protestant Our Father without making the sign of the Cross - why would they sign themselves with the cross? right?
Of course they all sit on their chairs and of course this takes place in a BAR/TAVERN just like Luther would want.
Again it should be obvious that most FSSP Converts to Tradition are a danger to themselves and others.
Here enjoy your Martin Luther Protestant Our Father. 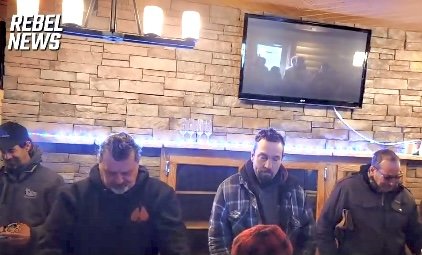 Truckers stand firm, continue to pray, maintain blockade at US-Canada border despite jail threat
COUTTS, Alberta, (LifeSiteNews) — In a display of solidarity with the massive 50,000+ truck convoy that has now arrived in Ottawa, Canada’s capital, to protest COVID-19 vaccine mandates and other oppressive measures, truckers in Alberta have prayerfully chosen to remain in place despite being threatened with jail by government and law enforcement officials. Alberta Premier Jason Kenney issued a stern warning via Twitter on Sunday to the protesting truckers, saying “If participants in this convoy cross the line and break the law, I expect police to take appropriate action.” “This blockade must end immediately,” continued Kenney. “Alberta’s Critical Infrastructure Defence Act gives police and prosecutors additional penalties to levy as a toll to address blockades of highways and other infrastructure when and where they deem appropriate.” Later Sunday, Royal Canadian Mounted Police (RCMP) told the demonstrators to disperse, but the trucker group held its ground. “With RCMP warnings unheeded, more than 100 vehicles remain lined up on a southern Alberta highway blocking access to the border and a small village for the third day in a row Monday,” the Calgary Herald reported. Video shows members of the truckers group gathered in a restaurant this morning, saying the Lord’s Prayer in unison as they decided to stand up to the government’s threats. “The truckers turn to God, surrounded and cornered in by Kenney’s government,” tweeted Rebel News videographer K2.   Source
Remember January 6th?
I wondered how many FSSP Rad Trads took part in the 'protest' and how many FSSP Rad Trads prayed on the Senate Floor?
LOL!
Truly you FSSPers are fucking idiots 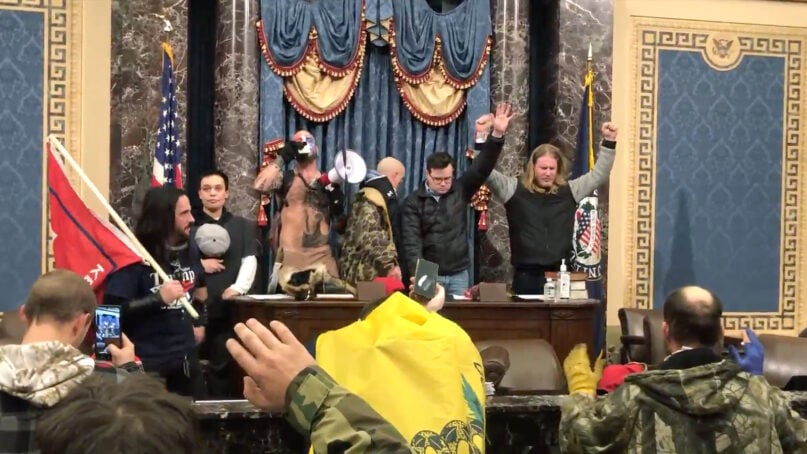