FASCICULUS MYRRHAE: Of Our Saviors Examination In Caiphas House, And Private Condemnation 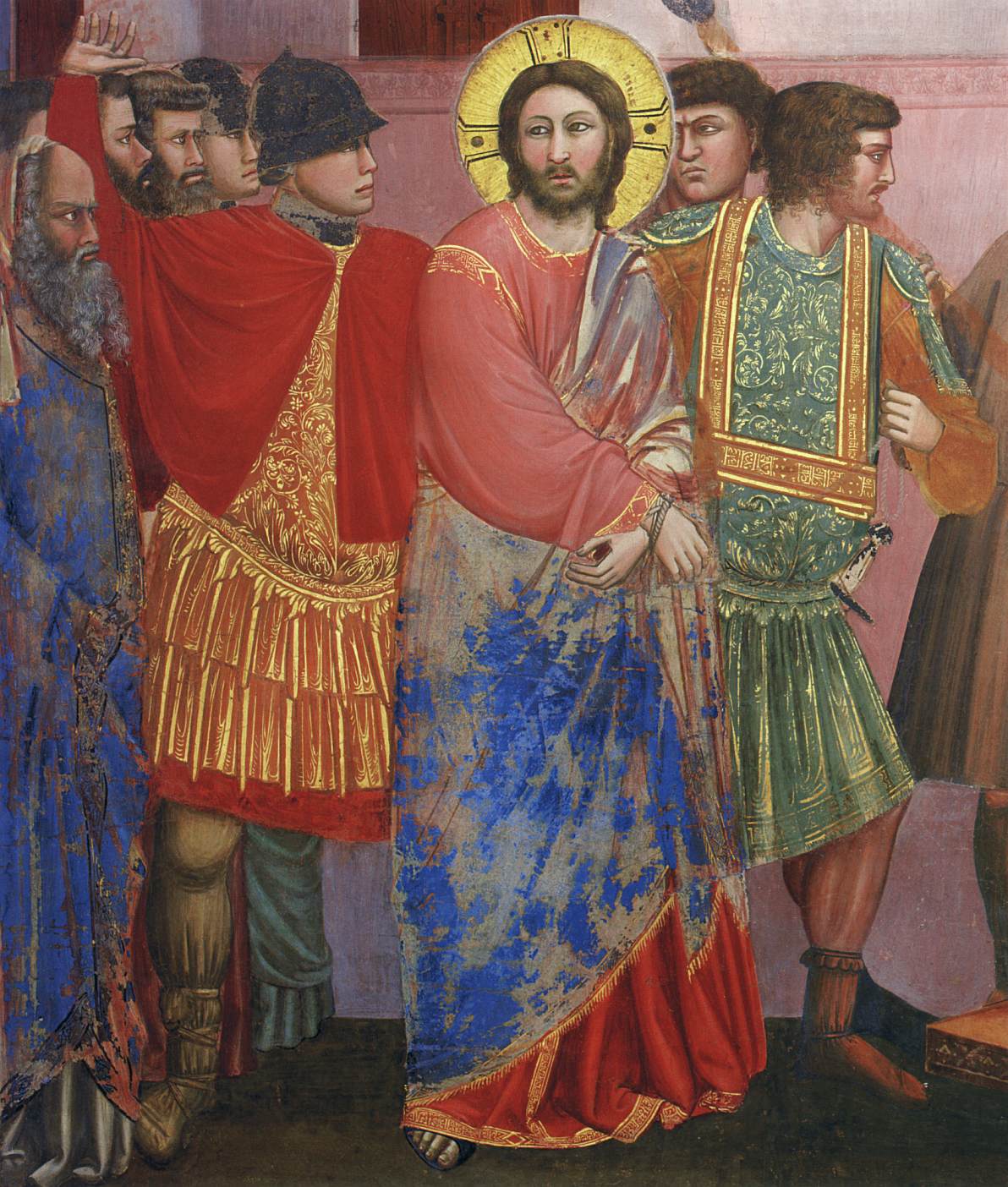 GIOTTO di Bondone
No. 32 Scenes from the Life of Christ: 16. Christ before Caiaphas (detail)
1304-06
THE VI CHAPTER
Of Our Saviors Examination In Caiphas House, And Private Condemnation
Our Blessed Savior, conveyed before the high Priest, and chief Magistrates of the Jews, for confessing himself to be the Son of God, was to the future comfort of his beloved servants, in their public confessions of him, reviled as a blasphemous person, spit upon, & as guilty of death solemnly condemned; well p!eared in the meanwhile, and delighted to suffer for that, which was eternally to be so glorious unto him.
He did not only tell Caiphas being to deeply conjured by him as he was that he was the Son of God, but withal insinuated in an humble manner, his second coming ,and the glory thereof; wherein themselves, should with horror and confusion be enforced to acknowledge him; wherein the bright splendor of his face was by their fowl Spitting to become increased; his heavenly beauties, by their buffets & blows, to appear more glorious; his future honors eternally to be advanced by his temporal disgraces; and his unjust condemnation, recompensed by his being ordained the supreme judge of devils & mortal creatures.
The Bill of indictment, framed that night against him, consisted of mistaken, and disagreeing testimonies, easily afterward discovered by the Gentile Judge when he came to examine them.
He was particularly stricken on the face by one of the high Prieſt servants, as having over-roughly answered his master asking him of his doctrine, and disciples but when our Lord urged to have the evil of his answer declared, his violent Accuser was put to silence and shamefully confounded; Verity pleading for him, whom he had causelesly stricken, and Innocencely excusing him.
Our Savior spake plainly as he would have his servants to do, in their trials, without returning any contumelious words to their unjust Judges or Accusers.
Humility after the example of their great Lord must arm them, patience harden them, wisdom guide them. charity order them, and perseverance crown them in holy combats, and painful trials for him.
The High Priest tore his garments at our Saviors confession of his Father, to signify thereby, against his will, that his high Priesthood was ended, and that a more divine person, was there present, to alter that Law, and take this office, more amply upon him: so as he was with his Priestly ornaments torn off from all power and dignity belonging unto them, instantly deployed; who had before, by virtue of his Office, prophesied (as Baalam did) foretelling blessings in which himself was to be no sharer, to wit, that it was expedient one man should die, that the whole people might not perish [John 11.] foolishly here upon determining , to harm himself that others might be saved; as his whole nation afterwards, by their heinous sin, in crucifying their Messiah, & rejecting the doctrine of life preached unto them, made themselves miserable and others blessed by their faith in him: their poverty. (saith the Apostle) was our riches, their ignominy our glory, their ruin our reigning, their just re-probation our merciful, and happy election, occasioned by it.
Fasciculus Myrrhae  John Falconer 1633
Email Post